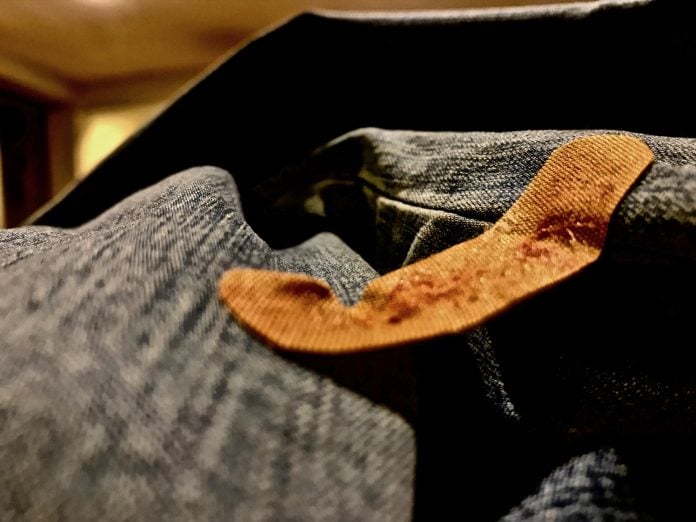 This story was inspired by Louis Sachar’s Wayside School series for children. No regrets.

Bobby raised his hand. It squeaked. Bobby was wearing a raincoat.
“Yes, Bobby,” Mrs. Ekans said.
“Pennsylvania!” Bobby said excitedly. A little bit of spit flew out of his mouth and landed on his raincoat. Bobby spat when he talked. That was why he was wearing a raincoat.
“Good answer, Bobby,” Mrs. Ekans said. She wrote Bobby’s name under DISCIPLINE. “Anyone else?”
Maurice raised his hand even higher and wiggled his fingers.
“Yes, Dan,” Mrs. Ekans said. Dan’s full name was Dank Meme. His parents thought they were very cool. Dan hated his parents.
“Maurice wants to say something,” Dan said.
Mrs. Ekans sighed. “What is it, Maurice?” she said resignedly.
“I have a problem, Mrs. Ekans,” he said. “You see, this morning when I was leaving my house I put a Band-aid on my stomach, right across the middle, in case I needed it later. Now, the whole day has gone by and I didn’t need it, but I can’t get it off my stomach.”
“Try taking off the left side first,” Mrs. Ekans said. Just then, the bell rang. All the children cheered and ran out of the classroom. The day was over. Maurice followed the rest of the class out of the room and onto the bus.

The next day, the right side of Maurice walked into the classroom. The rest of the class was already seated. Everyone waited for the left side of Maurice to walk in, but only the right side was there.
“Maurice, what happened?” Dan asked.
Maurice shrugged. “She said to take off the left side first, so I did,” he said.
“And did it work?” Bobby asked. A piece of spit flew onto his desk. He wiped it off with the sleeve of his raincoat.
“Well, I didn’t get the Band-aid off,” Maurice said. “But it was still good advice. I can use the Band-aid now.”
Mrs. Ekans looked at Maurice. He was wearing more Band-aids than there were students in the class.
“Well done, Maurice,” Mrs. Ekans said. She wrote his name under DISCIPLINE.