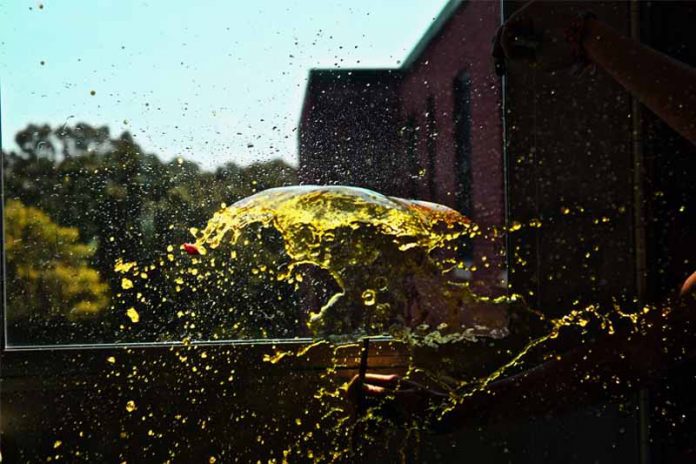 Hebrew is a language of swaying trees and rounded edges, of chilly mornings and crackling fireplaces. When my saba (grandfather) speaks it, the syllables roll off of his tongue like a knife cutting through softened butter. Hebrew is a language of glass: sleek, smooth, serene. It is a weary music box, its defiant song continuing on and on and on until it surrenders into the silence. It is a stark white cloud against a velvety backdrop of blue. Screaming to be seen, yet remaining as silent as the first snowfall. It is the language my family speaks when we travel downtown for Shabbat dinner, the language of secrets, reserved for hushed voices after evening conversation has become exhausted.

But when I speak, my sentences sound like shattered glass, angular fragments that cut and scratch those who step on them. Like the jogger weaving in and out of my peripheral vision, his irregular footsteps paired with labored breathing. Like the siren wailing in agony, falling silent for a brief second and then roaring back to life with more urgency. Like the flashing Ferris Wheel that goes round and round, the boisterous music a muffled sound. Like the angry car honking at the unmoving traffic. Just like shattered glass, my voice sounds rough and disjointed.

A war between the two languages; the complete and the broken. The silent screams and the harsh wailing. A song of defiance and a song of defeat. A battle against silence has been waged, and I have already lost.

I collect my splintered sentences and wait in pensive silence until it is time to hug and kiss my grandparents goodbye. “I love you,” my saba says. He says it in the language of shattered glass, though his words do not scratch. I look outside toward the winking lights and the unwavering moon. For one moment, the city seemed to be holding its breath. “I love you too,” I reply. My saba smiles. “I love the sound of your voice. Yafah.”
Yafah.
Beautiful. 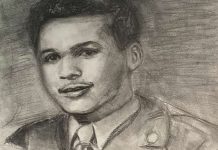 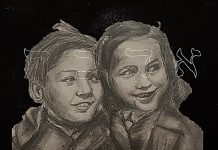 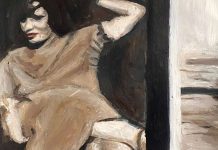