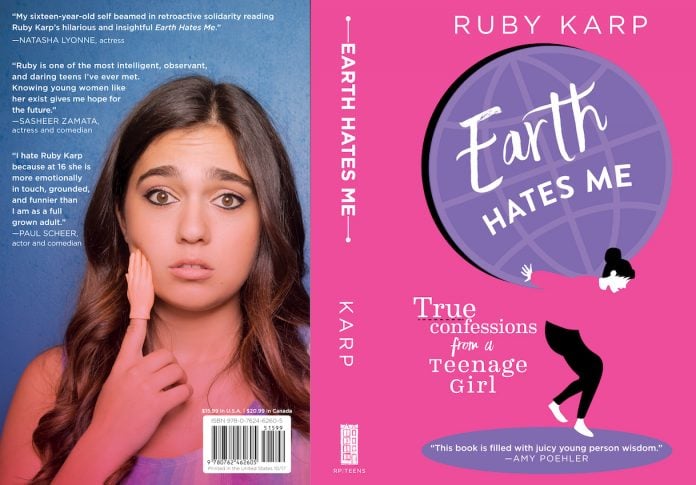 Ruby Karp first performed at the Upright Citizens Brigade at three years old. Since then, she has developed as a comedian, author, and feminist. In 2017, she wrote and published her memoir, Earth Hates Me: True Confessions of a Teenage Girl. In her lighthearted and wise voice, Ruby tells firsthand stories and shares her advice about embracing life as a teenage girl. I had the pleasure of speaking with her about all things feminism, comedy, writing, and the art of not enjoying your own Bat Mitzvah.

You wrote a lot about your admiration for your mom, specifically how she influenced your idea of feminism. What has it been like to share this experience of writing and publishing a book with her?

What’s the hardest part of being a young feminist?

People not taking you seriously. Because I’m young, a lot of people may not want to give me the time of day, or hear what I have to say. It’s as if you don’t have credibility because you’re young, and on top of that, you’re preaching something as controversial as feminism…even though it shouldn’t be controversial. And those two things together, being young and a feminist you get lost in “oh, you’re one of those young liberals,” as opposed to a true voice.

At jGirls+ we believe that each person has a right to define Judaism on her own terms. How does Judaism play into your life?

I associate Judaism a lot with growing up, because it defined so many moments with my grandparents. A lot of things about Judaism relate to “home” for me. I was super obsessed with having a Bat Mitzvah, because, you know, I wanted a party. And this consisted of a lot of private Hebrew lessons because Bat Mitzvahs are a whole thing.

Ok, the thing about my Bat Mitzvah…did you also not have a good time at yours? I feel like nobody has a good time at their own Bat Mitzvah. First of all, I felt like it was way too short. I got no time to do anything! The whole time I was just taking pictures with relatives or in photo booths with my friends. I feel like I had two seconds on the dance floor. I had so many people to say “hi” to. And it was really weird being the center of attention.

Did you feel a lot of pressure with relationships at this point?

Oh! My middle school diaries are so much more intense than my diaries now…you have no idea. I was so emotional as a child…ridiculously emotional.

What was the hardest part about writing Earth Hates Me?

I didn’t write any of the book previous to getting the book deal. The publisher bought the book as an idea. So I was under a contract to finish the final manuscript in eight months. I got the book deal July before my Junior year, and for the first few months I wasn’t too worried about it at all. But then December rolls around and I’d written only the drafts of about four chapters. So I had a lot of pressure, both good and bad pressure, to just write. I couldn’t procrastinate. The deadline made it so I just put ideas out there because I needed to.

Did you experience feelings of self doubt while writing the book? How do you cope with that feeling?

Oh yeah. I’m a person who really wants everyone to like me. So I would just picture the book reviews and comments. I’d drive myself crazy writing chapters. But everyone’s going to disagree with something. I had to say to myself: “Take a step back. You have no control over what people are going to get out of this Just put as much of yourself into it as you possibly can and hopefully people see that you’re a genuine human being.”

In each chapter of your book, you include a touch of your own humor. How does humor weave its way into your life?

The title of the book— Earth Hates Me—really does play into my everyday life. It’s a running joke with my friends that I just have really bad luck. When small, stupid things happen to me, they always have a tad of irony to them.

What advice do you have for other young people pursuing comedy?

You need to write. Keep a journal, write stand up, write scripts, go to open mics. Put yourself out there as much as possible. The comedy community is not that big and if you’re really putting yourself out there it will pay off. Things will start happening for you.

How is your personality different when you’re on stage compared to when you’re at home? And when you write?

Oh, my personality on stage is a completely different human being. On stage, my personality is very outgoing, maybe even obnoxious. At home, I’m such a calm person. I might even consider myself “chill.” When I write, a different side of me comes out because in my writing I’m very truthful. Even when I’m sitting down with my friends, I’m not explaining all of my feelings in specific detail. When I wrote my book, for that year, that was my diary. It was so therapeutic!

Any last piece of advice for other girls your age?

Get through high school. This is an important part of my book, actually. You can’t get through life obsessing when you’re going to get out of something. If you sit in high school just wondering when it’s going to end, you’re just wasting your time. Try to always make the most of what you can. 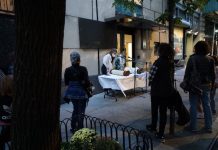 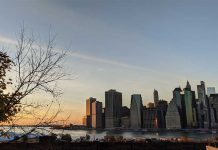 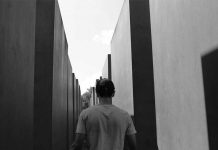