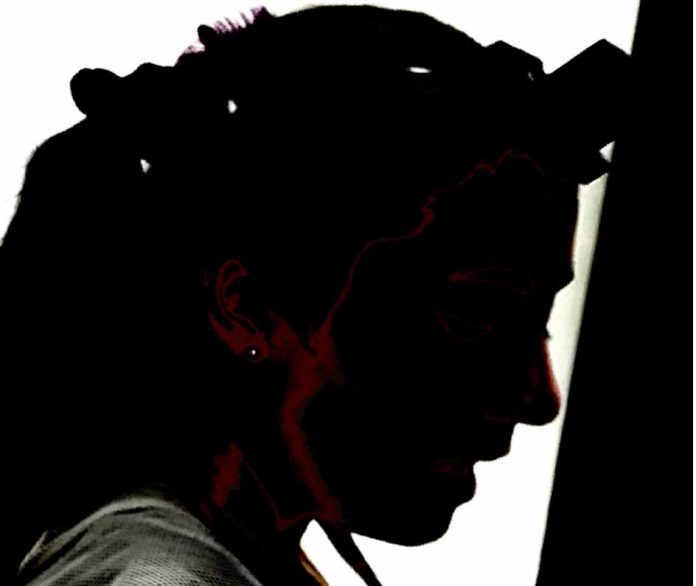 The first time I wore a tallit (prayer shawl), I was a bar-mitzvah boy. It was a traditional tallit, white with light blue stripes. It was a large tallit, but it fit just right. I felt proud wearing it. I was ascending to adulthood, and this was a powerful symbol of my maturity and growth. I wore it during morning prayers at school every day, alongside my black leather tefillin (phylacteries), wrapped according to my mother’s Sephardic tradition.

A year and four months later, on the last day of eighth grade, I took it off. I thought I’d never wear it again. Three months later, I came out as transgender. No longer was I a Jewish boy. My tallit and tefillin sat on my shelves, gathering dust, abandoned alongside my former male identity. I didn’t give it too much thought.

I had been struggling with my Jewish identity. I felt that I could not be queer and Jewish at the same time, and I wrestled with how to reconcile how the Torah talks about LGBTQ people with my own identity. I didn’t say the prayers at school anymore or engage in Judaism at all.

I gave no thought to wearing tallit and tefillin until someone scheduled a forum on women wearing tallit a few months later. My school—a Conservative Jewish day school—“encouraged” girls to wear tefillin, although had done little to put that policy into action, and wished to do more. I didn’t go, but I was intrigued.

Someone asked me what I thought of that. Of course girls should be mandated to wear tallit, I said. Nowhere in the Shema does it say only for the men to wear tzitzit and tefillin. God tells Moshe to speak to all the Children of Israel and to tell them all to wear tzitzit and tefillin, to bind them as a sign on your arm, between your eyes and on the corners of your garment. Why shouldn’t girls do it if the boys are required?

This person responded, “So why don’t you wear them?”

I had no answer. I didn’t particularly care at the time since I felt disengaged with God and the commandments. Tallit and tefillin were just another two I could not follow.

I then went to a Keshet LGBTQ Teen and Ally Shabbaton, in March of 2016. In a space that was Jewish and queer, I felt, for the first time, that I could embrace both of my identities simultaneously. I had spiritual experiences, and over time, I came to embrace religion in my life again. I joined the traditional minyan at my school and became a leader in the larger minyanim. Yet I still did not put on my tallit and tefillin again. It was still too masculine for me, too wrapped up in maleness and manhood, things I had rejected for myself.

I chose to keep my tefillin because they have a special connection to my Sephardi ancestry. However, I purchased a new tallit. I chose one featuring two biblical heroines. First, Devorah, a Judge who led the Jewish people to liberation, and second, Miriam the Prophet, who stood up against the oppressive Pharaoh to save the Jewish baby boys, including her own brother.

So, for the second time, I will wear a new tallit with my tefillin. I will take an ancient tradition, and make it my own. My identities are not in conflict—they are each an integral part of what makes me who I am, and I am proud of all of them.

“Lehitatef v’lehaniach” means “to wrap and to set”. This references the traditional prayers recited upon wrapping oneself in a tallit, or prayer shawl, and upon setting tefillin, or phylacteries, upon one’s arm and head. 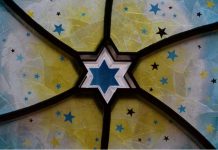 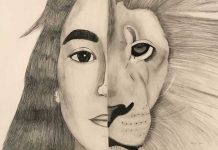 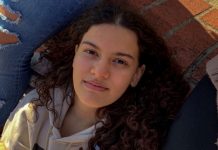