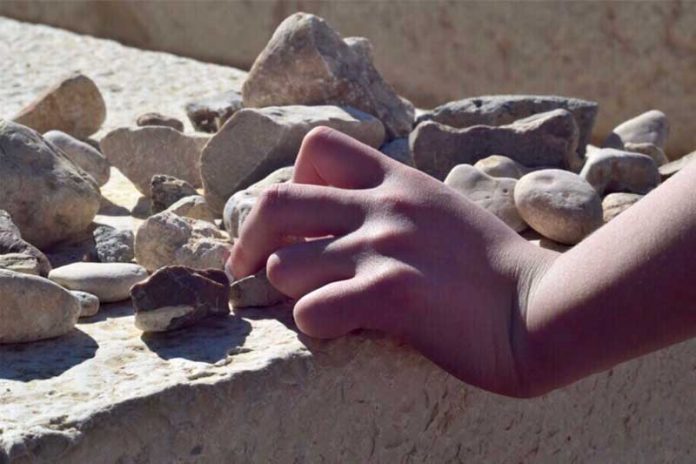 I felt a Funeral, in my Brain
By Emily Dickinson

I felt a Funeral, in my Brain,
And Mourners to and fro
Kept treading—treading—till it seemed
That Sense was breaking through—
…
And then a Plank in Reason, broke,
And I dropped down, and down—
And hit a World, at every plunge,
And Finished knowing—then—

My grandparents used to come visit my family in Atlanta once or twice a year. As my grandfather’s battle with Parkinson’s disease progressed, they would visit only once a year, and eventually, my family would go to them in Maine instead. We had always gone to visit them in Maine, but we began to see my grandparents only there, and never in Atlanta. When my grandparents would still visit Atlanta, I remember having to walk around on my tiptoes because they were still asleep in the basement. In Maine, though, my grandma was always awake before any of us, making chocolate-chip pancakes with whipped cream for breakfast. I have pictures of all the times they came to Atlanta, but I can only vaguely remember the restaurants we went to and our shared outings.

And I, and Silence, some strange Race,
Wrecked, solitary, here—

When my sister and I were little and my grandpa was still having good days, we would make art for him to keep by his reclining chair in the sunroom. Grampy had pictures of all of his grandchildren for him to look at scattered all around the room. We would go out to dinner as a family, with my grandma pushing my grandpa’s wheelchair up the ramp at the restaurants. He would patiently look on as the rest of our family played candlepin bowling or went swimming in their backyard pool. When he had better days, he would be able to get on his bike and ride my sister and me around the circular driveway, with us in the large basket attached to the front. But Parkinson’s disease is a progressive one, and progress it did.

As all the Heavens were a Bell,
And Being, but an Ear,

As time went on, I began to see less and less of my grandpa and more of my grandma. My family would call every few weeks to check up on my grandparents, and my sister and I talked animatedly to my grandma about our new friends, schoolwork, our activities, whatever came to mind. But when my grandpa was on the phone, we got quieter so that we could hear his small grunts of response. Whenever we went to Maine, we would visit with my grandpa for a few minutes, tell him about our flight or our day, and then we would go play upstairs. When we went to dinner or to services as a family, my grandpa’s caretaker would stay home with him. By the time I was in fifth grade, and I had to write a paper on one of my relatives, I had to get information about my grandpa from my other relatives; Grampy could no longer tell me stories about his life as a father, or his family dog that saved his life when he was growing up. I heard it all through other people’s eyes, never getting the original story from him.

And then I heard them lift a Box
And creak across my Soul
With those same Boots of Lead, again,
Then Space—began to toll,

A month after I turned nine, my grandparents moved into an assisted living home. Their old house, a big red cottage on the side of a highway, had been where my mom had grown up and where I had learned everything I knew about my grandparents. Their new home was only a few minutes away, but it felt like a new world. The new house was attached to the home of a nice woman who I still haven’t met, and was confined in a neighborhood. I wasn’t yet used to my grandparents having neighbors, a community garden, or having to drive into town from the suburbs. I realized that my grandpa must not have been getting better, as I had always believed he would. I knew that the Parkinson’s disease must not have been good if there was now always a caretaker at the house and a hospital down the street from the house.

And when they all were seated,
A Service, like a Drum—
Kept beating—beating—till I thought
My mind was going numb—

When I was 13, my family went to Florida for New Year’s break. We knew my grandpa had been having a rough time with his Parkinson’s disease, but we decided to go on our trip anyway. We stayed with family friends who hosted a New Year’s Eve party. My aunt and her family traveled to Maine to be with my grandpa, and they said they would keep us updated. At one point during the night, my family was in the street watching fireworks when my mom got a call from my aunt. She immediately fell into a fetal position on the pavement and listened to my aunt on the other end. My sister, dad, and I all realized that my grandpa must have just passed.

I don’t remember crying at that point, just being in shock and trying to get my mom into the house and up the stairs. We listened to the countdown and everyone else’s excitement from the guest bedroom where we were all dealing with our newfound loss. I remember my sister and I starting to cry hysterically at that point, and my parents trying to help us get calm. Eventually, we all fell asleep until our early alarm woke us up to drive back to Atlanta. Once we arrived, we grabbed whatever we thought we needed for a trip to Maine in the middle of winter for a funeral.

I felt a Funeral, in my Brain,
And Mourners to and fro
Kept treading—treading—till it seemed
That Sense was breaking through—

I don’t remember much about my grandpa’s funeral. I do remember that I didn’t like seeing all of my relatives cry because I had never before seen that. My cousins and I all comforted each other, but there was not much we could do. At a grave, it is Jewish tradition to put rocks on the headstone of a lost loved one. My grandma brought rocks from the old, red house where my grandpa had spent so many good years of his life. We each took a rock and put it near my grandpa. My cousins and I took part in the mitzvah of shoveling dirt into the grave, which was very difficult for me to do. We listened to our family members talk about what a great person my grandpa was, and how much he would be missed.

I was lucky enough to have my grandpa watch my bat mitzvah on my synagogue’s website. Some of my cousins were not so lucky. We have all been to see him at his grave now, and every time we go, we bring more rocks from the old, red house. I know that it isn’t his fault that he was diagnosed with Parkinson’s disease, and that it took such a toll on our family. Some days, I think about Grampy more than others, but that is okay. I know that I might have talked to him less than I should have when I had the chance, but I know that he knew I loved him, and that I still do today.

Writer’s Statement: This piece is inspired by Emily Dickinson’s “I felt a Funeral, in my Brain”