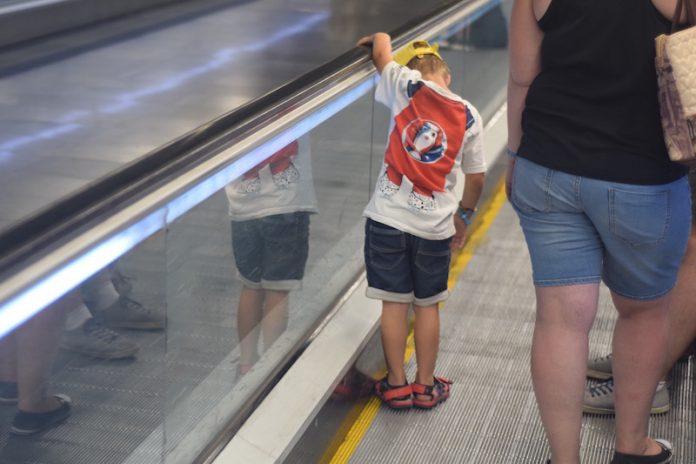 Why? Why did this happen? Two people fall in love, only to fall apart and hurt all the others around them.

I was sound asleep. My six-year-old body needed all of the hours that I could get. But then I heard a noise, and I knew. It was them, fighting like they always did. I got up and walked to the hallway, just by the stairwell, where they stood. It hurt seeing them like this. But what was I to do? I was only six. I could barely read, and I was expected to save my parents’ marriage? No, because it wasn’t my fault, and I knew this. It was never the kid’s fault. It was their fault. And it was definitely one of the first times that I felt alone.

Just a short eight years ago, my parents got divorced. And with that, my life changed forever. I started seeing my dad less and my mom more. My dad became sad, telling me that I didn’t love him. But I did. He was my everything. The only one who I felt was truly there for me. The only one who made me feel a little less lonely and a little more distracted.

Because my mom had moved on. She started to date other men, and, in the blink of an eye, she was remarried. Married to a man that I barely knew. In fact, I believe that they only dated for a mere three months. And even when he brought in three new siblings as playmates for me, I still felt alone. Even on the good days, when I forgot about the fact that this wasn’t my real family, I still felt alone.

Eventually, that man left my life. As an eight year old, I felt that the time we spent together was long. Years, maybe even decades. But then, as I got older and looked back, I realized that it was only 14 months. In those 60 weeks, there was crying and hardship. In those 425 days, there was laughter and joy. At the end of it all, I still felt alone, but, I was okay with that. It was just my mom and I, and that was enough I thought.

My mom and I began to spend a lot of time alone together. She started to be my everything just like I was with my dad. I started to feel less lonely. But apparently that wasn’t enough for her. Because a new man came into our lives and swooped my mom away. A man that’s still in my life. I can’t get him out. Why can’t he leave like the others? He makes me feel lonelier than you can even imagine!

My mom took a job that meant she would work more hours. This meant that I would have to spend a little more time with him. All I could think about was the fact that I wasn’t enough for her. It couldn’t just be the two of us. It never truly was. And I fear that it never will be again. I’ll always be lonely. I’ll stare back at 14-year-old me in 10 or 20 years, and I’ll still feel alone.

Even as I write this, with tears dripping down my face, I know. I know that when tomorrow comes, he will be there. It won’t just be my mom and me. So now, I guess the problem that I face isn’t my parent’s divorce. It’s not the fact that my mom and my dad don’t love each other anymore. It’s that he’s always there ruining my life, and I can’t get him out. Why won’t he leave just like the others? What? You don’t have an answer? Well then, I guess that I can positively say that I still feel alone.