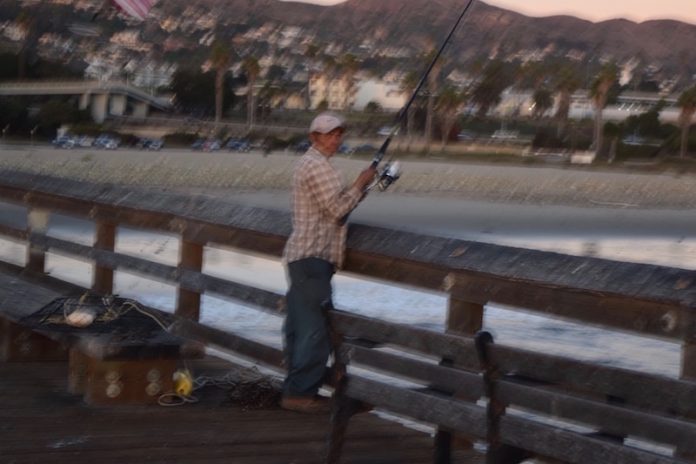 Therapist’s office. Group therapy session for people with OCD—obsessive-compulsive disorder. Seven people sit in chairs in a circle. THEA, their leader sits center stage and holds a skull in her hands. She wears a pencil skirt and glasses. Everyone else looks more slovenly and wears name tags.

THEA (holding up the skull)
This skull serves as our “speaking stick” or call for attention and respect.

In sixth grade, I wrote my first play, aptly titled Group Therapy. It also happened to place in the Worldwide Plays Festival in New York City; I was on my way to fame and fortune in the writing world. But of course, my immature image of people with OCD was drastic, and I stereotyped them. Still, I was fascinated, and at that age, I was in love with writing without pressure or political correctness, eager to write about whatever captured me. I was never as free as when I wrote; I denied the shake of my hands whenever I opened my mouth to speak. When people asked me where my inspiration drew from, I most often shrugged and motioned to my head as if I had invented the concept of mental illness itself.

It wasn’t until later that I made the connection between my writing inspiration and my constant fears. My characters’ foreign compulsions felt strangely familiar as I conjured them up, and of course, they had indeed come from the unexplored part of my psyche. The questions I made my quirky therapist character ask were questions I must have avoided myself. But I didn’t see any connection—I just saw my fingers scrambling across a keyboard and felt my mind struggling to keep up with what life was giving me.

This theme, and my avoidance, didn’t stop at plays. Everything I wrote brought me back to the exploration of mental health in others. I wrote from every perspective possible, examining the cross sections of mental disorder and personal identity. I wrote about addiction, trauma, and fear, without reflecting on what those disorders meant to me. I dreamt of missed tests and hearts breaking without remembering why I felt so afraid in the morning.

But then writing became another terrifying portion of my life. It didn’t work anymore. I became accustomed to staring at blank screens with the same dread as a test paper.

I didn’t admit that I needed therapy until the middle of eighth grade, when I had come so close to my mental illness that I couldn’t use my writing to distance it. I could no longer imagine outlandish characters as separate from me, when I was the one hiding in bathrooms to avoid crowded hallways between class. In my first session, my therapist asked me what I loved to do, and I broke down thinking of the loss of my writing.

I felt trapped. Like maybe the part of my soul that had been wrapped up in literature was now forever bound in my anxieties. Like my hands would forever be too shaky to write, like my suddenly inaudible voice was no longer capable of saying things of value, like I’d reached my peak while watching Group Therapy’s production, like I’d lost everything since.

One year later, when my therapist suggested that I try out a therapy group she ran, I almost laughed out loud. I pictured her perfectly, holding a skull in front of a group of crazies and me. But it also meant that I was making progress, as if the ropes of anxiety on my wrists were loosening—maybe it was time to allow short poems in again?

Group therapy was soon to become something so tangible and dreadfully confrontational that I could no longer look past it. It turned out to be mundane compared with what I’d illustrated just three years before. My fellow struggling teens were meek compared to the people I’d imagined. We spoke freely, not restrained by the skulls I’d pictured; we interacted like real people instead of the scripted actors I’d watched on stage.

The twist at the end of Group Therapy is that the therapist is really a patient herself, so when my therapist told us the story of how she’d come to the job she now loves, the parallels didn’t seem so far off.

In that instant, I was thrown into a whirlwind. As I sat, wedged between two girls I knew in the most isolatedly intimate way I’d ever experienced, I saw Group Therapy for what it was, a self portrait. I had been crouching before a lake for five years, waiting for my play’s ripple to clear so I could see my own reflection within it. And there I was, clutching my words as if they were the therapeutic skull I had procured.

I had always seen my play’s therapist as an incomprehensible entity. Even as I wrote her into it, weaved her eccentricities onto the stage I was creating, she had been a mystery that I was unwilling to solve, a character that had unintelligible value for my creation but whose meaning I could not begin to ponder. She used to spread a warm feeling of shame through my bones, like something in her was so blindingly resonant that I had to avert my eyes.

But there was some other feeling—what I can almost force into the mold of admiration—for her, for the way she put all her anxieties into a tangible object, for the way she had allowed others to handle that object until it served its purpose for them, too. Whenever I had the urge to tear her out of the play, that feeling and the words that just kept coming stopped me.

And now I wonder what it might feel like for a painter who doesn’t recognize the intimacy of his subject’s eyes and the curve of its shoulders until he has created a self portrait. Or for someone staring into a stranger’s presence, drawn in by their familiarity, until they reach out to touch a mirror. I think I already know. I have been acquainted with that feeling of meeting yourself in disguise before I could know any other sentiment so deeply.

I’d poured my woes into scrambled poems and treacherous stories, had hesitantly allowed judges and teachers and friends to look on and take what they would. For the first time, I knew it was my turn, my chance, to prod the same way, to take what I could give myself, to stop running. 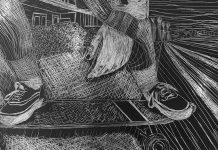 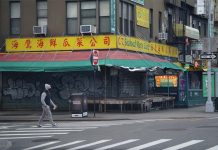 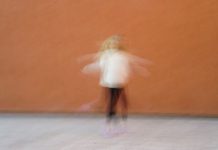 On Children and Honesty

The Song of the Sea: Water and Music in Kate Chopin’s...

As we enter the new Jewish year, 5781, we’re excited to share our fall issue with you. In the midst of two pandemics, COVID-19 and the much older systemic racism, our way of processing, reflecting, and documenting was to create this special issue.

View the Issue (PDF)
We Want to Hear from You!