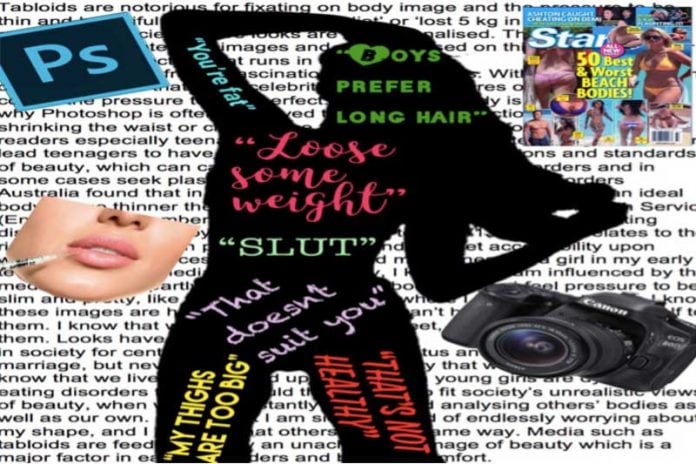 Tabloids are notorious for fixating on body image and the pressure to be thin and beautiful. Titles like “Miracle Diet” or “Lost 10 Pounds in One Week” attract readers in a society where looks are sensationalized. The tabloids know this, and calculate their images and articles based on this intense need for beauty and perfection that runs in our society.

This partly stems from a fascination with celebrities. With a growing number of visual forums that allow celebrities to share pictures of their bodies comes the pressure to look perfect. However, nobody is perfect, which is why Photoshop is often employed to edit out imperfections, such as shrinking the waist or clearing the face. This has a profound effect on readers, especially teenagers. Being surrounded by edited images 24/7 can lead teenagers to have unrealistic body image expectations and standards of beauty, which can cause them to develop eating disorders and, in some cases, seek plastic surgery.

A study from Eating Disorders Australia found that in 2013, 75% of Australian schoolgirls chose an ideal body image thinner than their own. According to the UK National Health Service, the number of English under-19s hospitalized for an eating disorder increased by 172% from 2002–03 to 2012–13. This correlates to the rising number of teens who own phones and Internet accessibility upon which teens can access gossip blogs and magazines.

As a girl in my early teens, living in a media-saturated society, I know that I am influenced by the media, which is partly tabloids, in terms of body image. I feel pressure to be slim and pretty, like the photos I see everywhere I look. Even though I know these images are heavily Photoshopped, I can’t help but compare myself to them. I know that when I see girls on the street, I am constantly analyzing them.

Looks have been important in society for centuries, for the purpose of status and money and marriage, but never to the extent of the society that we live in today. We know that we live in a messed up world when young girls are dying of eating disorders trying to mold their bodies to fit society’s unrealistic views of beauty, when we are constantly judging and analyzing others’ bodies as well as our own. I know that I am sick and tired of endlessly worrying about my shape, and I am sure that others feel the same way. Media such as tabloids are feeding society an unachievable image of beauty which is a major factor in eating disorders and body discomfort. 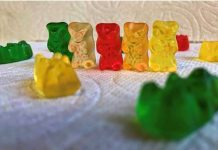 Did You Know That an Apple Has 95 Calories? 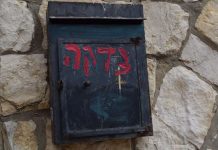 My Impact On Social Justice, as a Teenage Jew 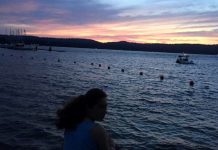