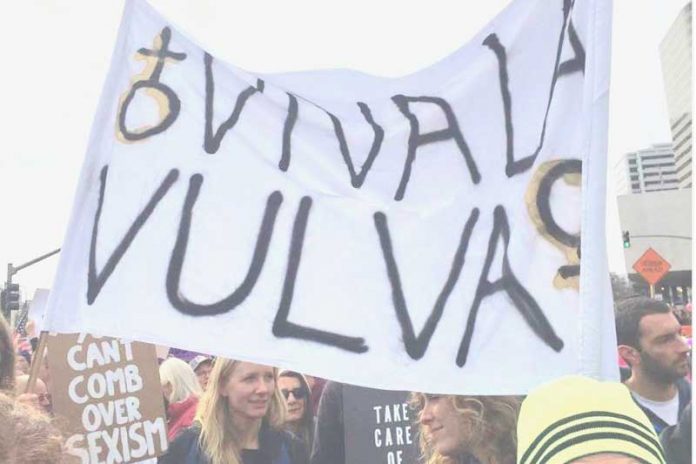 The last few years have brought a bevy of heartbreak and outrage, and bold attacks on women’s health, rights, and political voices are the cresting apex of this tsunami of injustice. But, as public discussions of, and references to, menstruation have gone mainstream.

Low (period) moments include candidate Donald Trump’s criticism of Megyn Kelly’s presidential debate-moderating performance in August 2015, particularly his less-than-oblique comment that she had “blood coming out of her wherever.” She was out to get him, he implied, because she was on her period, and therefore, obviously emotionally unstable. More tragically, two years later in 2017, a 12-year-old girl from Tamil Nadu in southern India committed suicide after her teacher made fun of a period stain on her clothing during class. Recent reporting has revealed that even here in the United States, girls with limited access to menstrual products are missing school and dropping out as a result. Tampons and pads are not cheap, and staying focused on school is understandably difficult for anyone who can’t keep herself from bleeding through her clothes.

Luckily, the tide (if you will) is beginning to turn. Fu Yuanhui, a Chinese swimmer at the 2016 Rio Olympics, shattering a longstanding sports taboo with disarming casualness when she noted on camera that she was on her period. Her period wasn’t the whole story of her race experience—just a facet she shared, albeit especially noteworthy given China’s persistent reluctance to acknowledge menstruation publicly. We have also seen an advertising campaign for maxi products that replaces, for the first time, the faux blue dye that typically represents menstrual flow, with a more realistic red dye. The television commercial even shows period blood running down the leg of a woman in the shower. Campaign take away: period blood is red. And normal.

Closer to home, my high school, LASA has begun stocking its restrooms with community-supplied menstrual products. No student at our school needs to miss class—or stress out—for want of tampon. We can and should make sure of that.

In keeping with this trend, legislators across the political spectrum are beginning to bring forward legislation that aims to ensure that menstrual products are accessible for free at prisons, workplaces, and public schools. Additionally, numerous bills have been filed to eliminate the “tampon tax,” a sales tax on feminine hygiene products that exists because these items are not considered necessities. Thirty-five states still levy the “period penalty,” and while 22 of them introduced legislation this year to drop the tax, none of those bills have as of yet been signed into law. Yes, the period has made some notable advances. But there clearly remains a great deal of work to ensure “menstrual equity.” Indeed, opponents of the recent tampon tax legislative efforts have contended that the exemption is not warranted in that—unlike food and medicine, which are understood as imperatives and are therefore tax exempt—menstrual products are not “life-sustaining.”

Menstruation should not prohibit anyone from full participation in society. Yet, it still does with all-too-tragic consequences. I want to add my voice to the chorus of activists fighting for the normalization of the period and the disruption of the veil of silence associated with menstruation. The personal and political costs of concealing this fundamental human bodily function is too great. Period-having or no, the battle to normalize the period is ours to win. We cannot afford to be timid as we modify our shared understanding of the experience and meaning of menstruation. Let’s talk about it, write about it, read about it. No more tip-toeing to the restroom with tampons hidden discreetly. Agreed? Hold your tampon high as you elbow your way through the halls to the bathroom. You have places to go! Menstrual periods can seem endless…but passing periods are way too short.