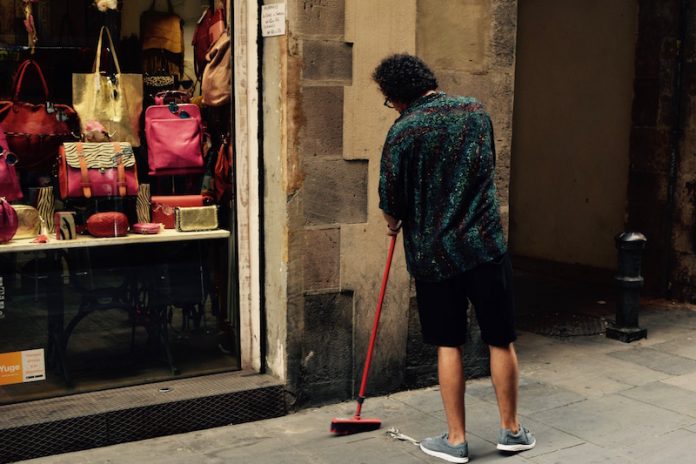 When I was little, I had a secret hideout naturally growing on the side of my yard.

It was only known to me and my neighborhood best friend.

Next to my room was a tall, constantly flowering bush. I can explain now that this bush grew dime-sized, yellow leaves. I can also assert that it bloomed with the most beautiful of lilac flowers. Now, this bush lives on only in memories. My memories. Well, these gentle leaves so easily tangled in my hair, so closely resembling a hundred thousand minuscule flowers that I was convinced the bush was always in bloom.

This bush grew tall, and as I played some fictitious game with my best friend from down the street, we stumbled upon a hollow, made naturally by the bush itself. There wasn’t the slightest bit of hesitation; we crawled in.

We were young, we were excited, we were poking our noses into a secret world only we knew about.

Branches tickling our arms, tangling in our hair, we were state-of-the-art, highly qualified, adventurers. No one could tell us otherwise.

We crawled through this dark tunnel and stuck our heads up into a cavern of twinkling light made from the falling rays of a slow rotting star. Everything was gorgeous.

I remember there was the gray wall of my house, the faded, untouched dirt of the earth, and the yellow leaves of the ever-blooming bush.

We bent back dead twigs and cleared small seats on thick branches to be our thrones. We were accomplished.

Merely four feet from the street, we felt invisible to any passersby. The voices of the distant walker or jogger became muffled sighs of their previously loud splendor, the outside world couldn’t be seen through the twinkling yellow leaves of the fortress. It became my secret home.

Besides my neighborhood best friend and me, we had small friends that came to visit us: small brown birds that gladly chirped love songs into the hollow. These visitors hopped upon the branches surrounding us, seeming only to care about the chimes that spilled forth from their mouths. It was beautiful and it was sacred. They were so close that, had we tried, we could have caressed their wings with our fingertips. Yet we left the beauty of the natural world around us remain untouched.

What’s odd is how holy I felt that space was to me. Often I chose to admire it from afar rather than actually enter.

What I realize now is that I should have spent a greater amount of time in this cave; should’ve spent more time in my castle, should’ve crawled in when I was alone, should’ve placed blankets over the soft earth and stayed staring up at the twinkling sky for hours. Because now I can’t. Now my palace is gone, and all I have left are swirling memories.

Of course, I thought about entering the secret hideaway on my own: I felt I shouldn’t do it, that I had to wait for my partner to witness the events with me. However, one day I packed a shoebox full of games and writing tools in order to use the next time I was inside the cave with my adventure partner. I crawled in, dropped the box off and waited patiently for the next time I would get to go in.

The only shame in waiting is that it is a solitary action.

While I waited, the girl grew up. She found better friends and pulled her head from our explorative wonderland, forgetting our fortress, and rising to join the mainstream world. I lost her to shopping and the idea of endless, perfect beach days.

A year passed, and after realizing I had finally lost my partner in crime, I decided it was time to retrieve the housewarming gift I had stowed away and say goodbye to the palace I had viewed as my greatest discovery.

I remember the struggle to enter the castle on the last day. The tunnel of branches, once mystic and enchanting had become a long trek through scraping twigs. The golden leaves that would flutter down around me when I brushed by them, snagged in my hair and crumbled under my hands. This place was no longer my home. Feeling hollow, I reached the interior of my tunnel and pulled myself into the cave.

Maybe that’s because I’m thinking too far into the events that occurred, or maybe in reality there is obvious symbolism in the moments that ensued. When I entered the secret hideaway on the day that I stopped going, I found a little, dead, brown bird.

Ants by the hundreds circled in on the carcass, ants in hordes, thick ants, thin ants, all I remember is how much I hated those ants. They squirmed along the ground in rolling waves of black bodies and streamed along the branches of the once lilac flowering bush.

Everything had changed so suddenly; my love songs were gone, my adventure-loving best friend stolen away from me along with them. Yet worst of all, my secret home had dried up and dropped all its golden leaves to the soft earth. The loud voices of quick walkers and the jingle of a dog collar were no longer muffled. The magic of the cave had been cooked away by the slow sizzling sun and fallen away with the leaves that littered the ground.

After crawling in, I brushed the crunchy purple petals off the lid and resisted the urge to leave as soon as I had entered, but I came for the box, and I had to finish what I started. Without caring much about the safety of the contents inside of it, I pushed the box through the tunnel back to the safety of the green grass and the rest of the world.

When the bush was cleared away a year or two after that, I didn’t even protest the end of an era. It had ceased being a place of wonder the day I found the dead bird, the yellow-leaved bush of my previous dreams had become insignificant.

My lilac-petalled wonderland was no more. 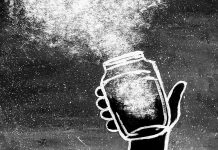