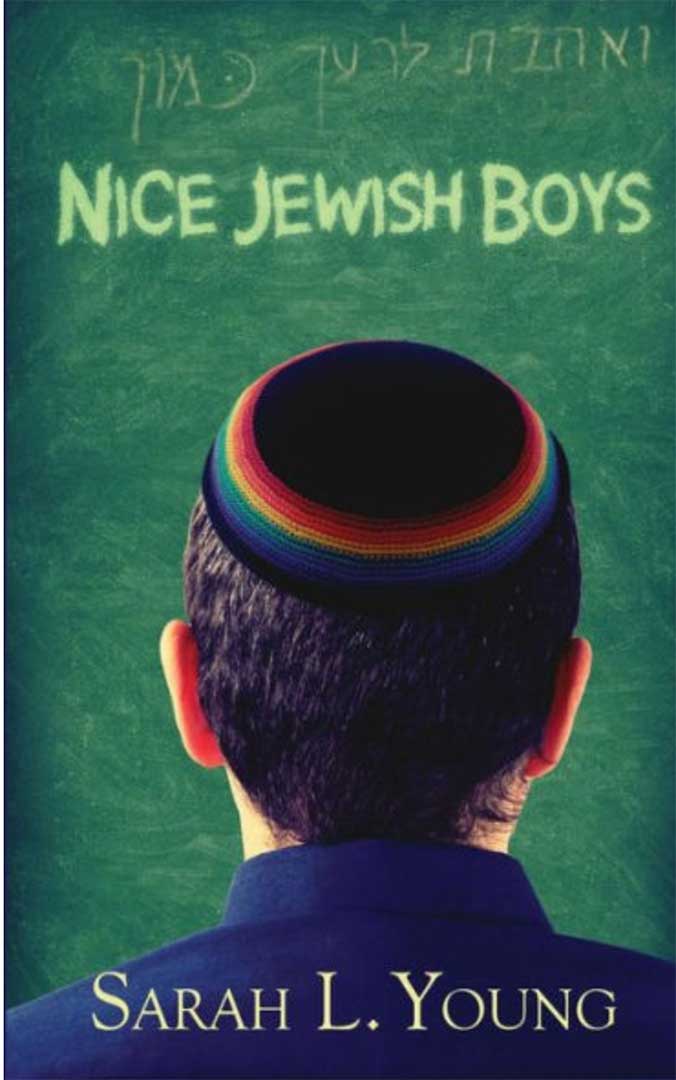 Nice Jewish Boys is not only a love story fit for modern times, it reveals a deeper meaning around intersectionality and the struggles of growing up in a bigoted country. What surprised me the most was that at 15, Sarah L. Young is able to depict teenage love amongst the complexity of hate crimes and homophobia.

Young discusses complex themes with writing that is straightforward and easy to follow, making the book a fast, yet thoughtful read.

The novel is set in Atlanta, Georgia, where Avishai Miller is secretly dating his classmate Noah. His mother is dead and his dad, a politician, is barely around. Avishai and Noah attend the same traditional Jewish private school, sneaking around to see each other.

They express their love for each other in a very high school way—through nicknames and emoji-filled text messages. However, they struggle to function like a normal couple due to the ridicule they will inevitably face if they both come out as gay.

Avishai’s main fear stems from the fact that his dad is a Republican senator who voted against legislation protecting members of the LGBTQ+ community. When Avishai’s dad finds Avishai’s notebook describing his love for Noah, both of their lives are flipped upside down.

What follows is a story about finding acceptance amidst a sea of hatred.

Avishai and Noah—both strongly identified Jews—discover the lengths to which their Jewish community will go to demonstrate its disapproval of their sexual orientation. Faced with conversion therapy and discrimination, both of the boys struggle to find a place where their intersecting identities will be accepted.

Avishai contemplates his community when thinking that “all the progress the rest of the country and world was making was null and void” (72). This quote struck me for its relevance to the world today.

Lately, the world seems to be drifting back to racist, sexist, homophobic, and islamophobic tendencies. While Avishai thought it was only his community at a standstill, it seems like our whole society is taking steps backward and not forward. And so, that is why it is even more important to support those who are ridiculed and oppressed for their identities.

Avishai and Noah may be fictional characters, but they easily represent anyone who is struggling to be accepted in their community.

This story comes at a time where representation and inclusion matters. This book tells young Jewish boys it is okay to be gay. And for everyone else: it is imperative to recognize and celebrate untraditional love stories, as they are equally important as any other.