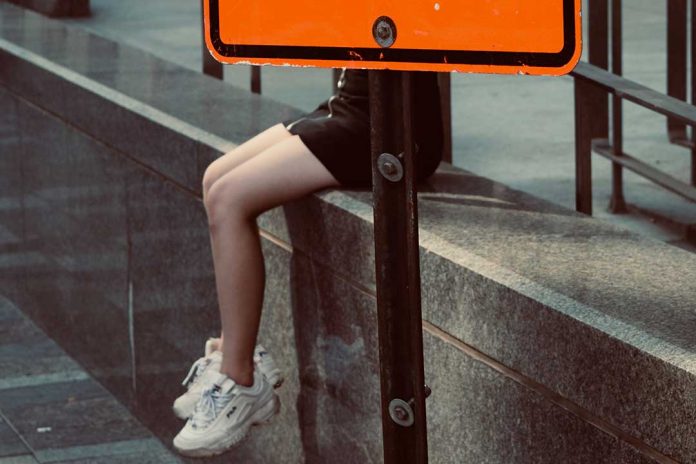 Why are high school girls so quick to criticize––so eager to judge? When struck first, it seems almost instinctive for us to retaliate, as if we feel obligated to hit back. We are constantly on display with boxing gloves in hand, asking ourselves, “How much can a girl endure without resorting to some sort of defense mechanism? Where does the breaking point lie?” From the pressures of simply being a teenager in modern American society to the overwhelming burden of upholding the roles and responsibilities of a “young lady,” girls are constantly under duress. Whether they’re walking the halls of their high schools or of their homes, these girls face numerous challenges––ones that, arguably, most teenage boys will never face during the entirety of their high school careers (or their lives, for that matter). From unwavering insecurity to rapid emotional development, these girls are met with unbelievable obstacles.

But while there seems to be clear-cut guidelines for girls to follow, they still remain conflicted; these guidelines often contradict each other. School dress codes forbid them from showing skin, while male peers encourage skimpy skirts and spaghetti straps. They’re taught by their mentors and the media to stand up for what they believe in, while outspoken women are deemed “bossy” by their male peers. That same popular opinion also deems them pushy and overbearing. So when conflict arises, to whom are they able to turn? To whom do they turn? The answers vary. Their mothers? Their guidance counselors? Their teachers? Not quite.

It seems as if most teenage girls find truth in novels concerning teenage life, or even in movies that contain high-school-related plotlines. And, unsurprisingly, these “young adult” books and petty films present a false caricature of high school, so that young girls seeking guidance are left with poor role models and with fictitious presumptions about their futures. They are fed the message that their physical beauty—their sexuality—can be exchanged for absolutely anything they want from their male peers. They’re coerced into believing that their humor, their intelligence, and their compassion are secondary to their popularity—that those “petty attributes” will falter in attaining true happiness and success.

They have grown up idolizing fictional characters—actresses who pretend to be relatable. These icons present themselves as typical high school students and convince their audiences of their false facades. And those same audience members, those same girls, are somehow convinced.

A few weeks ago, I rewatched Mean Girls, an iconic 2004 movie that distorts the realities of high school life. The film centers on Cady Heron, a junior who moves to the United States from Africa. As the movie progresses, Cady attempts to navigate her social life while establishing herself as the top-tier student she’s always been. Along the way, she encounters multiple exclusive friend groups, from the jerks to the band geeks to the Plastics: your quintessential “mean girls.”

Though still considered a classic 2000s movie (and one that I can’t help but love), the movie reeks of overly complicated plots pertaining to sex and insecurity; it teaches young women that their bodies define them and that “dumbing” themselves down for simple attention of a male peer is acceptable. Mean Girls belittles the female mindset in a way that reaches for satire but ultimately fails to grasp it.

For example, the plot of the movie documents Cady’s attempt to “fit in” with the Plastics while also taking them down. Along the way, Cady herself shifts into the stereotypical nasty high school girl without even realizing it. Although she completely changes her personality in addition to her wardrobe, and her success in academics ultimately deteriorates, she seems much happier with her “mean girl” life than she did at the start of the movie. The rest of the film begs the audience to believe that popular Cady is far more miserable than unpopular Cady was. In reality, Mean Girls never gives the audience a reason to believe that Cady dislikes the person she’s become or the role she’s playing in her peers’ unhappiness.

Viewers are ultimately left with a bad taste in their mouths––and rightfully so. The film urges teenage girls to sacrifice everything for a boy, in this case, a boy who is also currently in another relationship––a high school relationship. It promotes sexuality as a means for establishing substantial relationships and friendships.

When movies like Mean Girls are screened and then popularized by mainstream media, teenagers instantly and unintentionally internalize the plot as truth, as reality. Their views of “normal” high school life are warped, their visions clouded.

As a 17-year-old girl who has almost completed the first half of her junior year, I can attest that Mean Girls does not teach you what you need to know in order to thrive in high school. It does not accurately portray what high school is actually like. And it will not prepare you for, quite honestly, one of the most stressful times of your life (albeit one of the most exciting times, as well). Though I’m not quite finished with my journey, I feel that I am well-equipped to detail what you should truly know about the high school experience and what you should disregard in films like Mean Girls.

High school may seem overwhelming at times. It will seem absolutely frustrating and nearly impossible to navigate. But you have to look at your life realistically and not through the lens of a fictitious movie character. You have to be able to put in the work, while also giving yourself some room to breathe and some time to relax. Maybe even watch some Mean Girls while you’re at it—but be sure not to lose yourself in it.