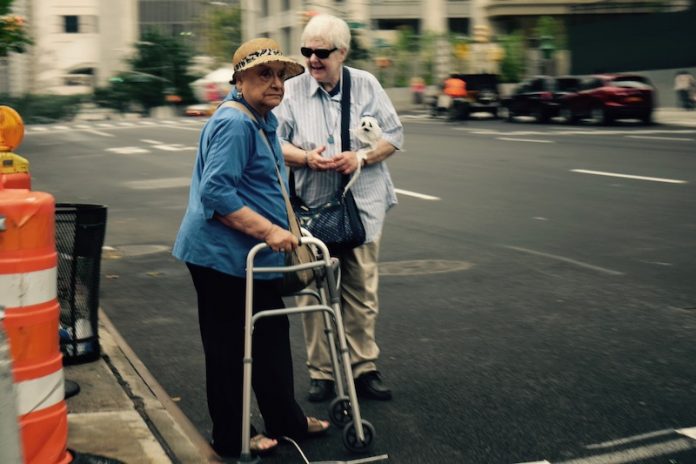 None of the residents who had lived in Jaywood Manor in the ’70s were still there. They had all left, looking behind at the neglected cul-de-sac through their minivan windows for a moment before turning back to face the open road. They had raised their children there, and it was time to move on. Off to Boca Raton, or Scottsdale, or some other place to host their grandchildren’s graduation parties and collect bird houses and die. But Lorraine and Chester stayed.

“I can’t leave,” she’d sigh. “What with my back problems and my arthritis, moving would just be a nightmare. And Chester, Donna. Chester would never go. It’s a lost cause.”

All of Donna’s boyfriends had made Lorraine uneasy. They kept her up at night, staring at the glowing maroon numbers on the digital clock, counting down the seconds until it wouldn’t be considered irrational to call the police about her daughter’s whereabouts. She herself had grown up with a helicopter mother, suffocating her with paranoia and care until she eloped with Chester. All she had ever wanted was to end up nothing like her mother, but it was difficult. Internally, she always blamed her upbringing for her occasional maternal anxiety and overprotection, but it would be ignorant of her to act as if that were the primary cause.

She had a miscarriage before Donna. It was before the second trimester, and she was left numb from the experience. How could she possibly have managed to kill a child before she even had one?

She always left out a basket of candy for the kids on Halloween, but they never took any. They always scurried down Herbertsville or Theile, running by Jaywood like it didn’t exist. When they ran by her street, Lorraine felt old. She’d see Chester sitting by the window, and she would wonder if he felt the same way, but he probably didn’t even remember which day Halloween was. He was in decline, and she could feel it. She could feel his heart medication and the insulin monitor and his thick, raspy breathing weighing down on her back. Maybe that’s why her posture was so poor.

She took Chester to the doctor downtown the first Thursday of the month. She could barely get him in the car.

“Jesus, Lorraine,” he’d sigh weakly. “Eye surgeon for 46 years, and this is what I’m spending my money on? What happened to traveling? To renovating the basement? To any of the stuff we daydreamed about when the kids still lived here?”

Lorraine often worried about this, too, about wasting their retirement and realizing too late, but she’d rather waste her retirement with Chester than without him.

“We’re going,” she’d whisper. “Don’t resist now, dear, the traffic’s terrible in the mornings. Save the existential crisis for the afternoon, for when the Garden State Parkway isn’t so busy.”

She met Sue at Mirage Diner every so often. They used to meet weekly, but they grew too busy with the underlying anxieties of retirement to continue as frequently. But Chester was asleep and the mail was sorted and the petunias were watered and the health insurance was paid and the voicemail was empty, so she went.

Sue never liked Chester, and she was awfully vocal on the matter.

“Lorraine, he’s suppressing you,” she’d say. “I mean, look at you. You’re restless, dear. And he’s got such a tight hold on you, you can barely move.”

“That’s not it,” she’d retort. “We’d travel, Sue, if not for my arthritis and my spine problems. Finding a doctor in a foreign place would be a nightmare.”

Sue would always roll her eyes at this.“Dear,” she’d say. “I’m not convinced you even have arthritis.”

She envied Sue so intensely that she could barely find it in herself to listen to her. She’d hear about the cruises and the museums and the food, and she’d realize just how uneventful her life was. Normally, she could push this truth into the back of her mind, but Sue brought it out of her every so often at the back booth in the Mirage Diner.

Sue lived like she was still 40, and Lorraine didn’t understand how. She was running marathons well into her 60s, and she still played tennis on the weekends. She’d invite Lorraine to play, but the court was up in Orange County. Traffic would be terrible.

She had a voicemail from Donna when she returned home. She didn’t listen to it right away. She always needed a little mental preparation for her daughter’s messages. Donna would always remind Lorraine to remember Chester’s appointments. Or that she needed help with the taxes. Or that selling the house and moving into the guest room still remained a viable option.

“Rob died,” Chester called from the balcony. “This morning. In his sleep.”

Lorraine never knew Rob well; he was Chester’s friend. They would golf together sometimes and discuss their various health issues as if they were hobbies. But then Chester lost his clubs, and apparently seeing Rob wasn’t worth buying a new set.

“He wasn’t even 80.” Lorraine trudged up the stairs. “And he seemed healthy, too.” She turned the corner and found Chester reclined on the mattress with his reading glasses beside him, squinting at the paper. She smiled meekly at her husband, but remained in the doorway.

“Is there a funeral?” She opened the blinds. Chester looked up, but just for a moment, and then she lost his gaze.

“Not sure,” he mumbled. “But if there was, it’d be all the way in Lakewood. Traffic on the Turnpike would be ridiculous. I’ll give his wife a call, but it’s too much of a schlep.”

“We could make time.” She spoke softly. “We could go, it’d be no trouble.”

This time Chester really looked up, and he saw her standing above him, looking down at him.

“It’s not worth it.” He seemed firm. “We’re past our prime, dear. If we went to all of the funerals and memorial services and shiva calls, I’d never have time to read the paper.”

There were new neighbors moving in. When the moving truck pulled up, the driver looked perplexed. Evidently, Jaywood Manor was past its prime, too. It was a family moving in, with two children. Lorraine grinned from her window. She’d grown tired of the quiet.

She brought over a plate of snickerdoodles to their front door. She rang the bell and waited excitedly, and she felt foolish. The father opened the door. They exchanged pleasantries, and he had already eaten three cookies before Lorraine had finished talking.

Lorraine laughed softly. That was one way to put it.

“It’s just—” Lorraine smiled. “It’s just so nice to have a new family in Jaywood.”

He laughed. “Actually,” he set the cookies on the mailbox. “We’re just here for a couple months. We’re moving into a place the next town over, and we’re in escrow.”

Her grin faded. She was saddened, which surprised her. She’d known this man for five minutes, and she could barely stop herself from getting down on her knees and begging him not to leave.

He nodded, and his cell phone rang from his pocket. “I should take this.” He spoke politely. “Lovely to meet you.”

She smiled until he looked away. And he closed the door, and that was that. She trekked back home across the road. She crawled into the driver’s seat of her car and locked the door. And she sat in her garage, and she cried. It smelled like Chester’s glasses cleaning solution and flat diet Coke, and she hated it. Everything smelled ancient and dusty, but not the nostalgic kind of ancient. The kind of ancient that made her feel like the entire world was moving on without her, and here she was, in her silver Toyota, doing nothing. She was going to doctors and sending condolence bouquets and giving checks to Donna. Every time she signed a check or looked at an X-ray, she felt like she was doing something right. Like she was taking care of herself and her family. But she wasn’t actually doing anything. She threw her hands against the steering wheel, and she winced in pain. It was probably just the arthritis.

Chester died that September in his sleep. He was taken to his grave at the cemetery down Marlborough Lane, for which Lorraine had already put down a deposit in June. She watched the neighbors leave with their jolly smiles and their packed moving van from her window. She stopped washing the sheets in the other bedrooms, because no one ever stayed in them anyway. She stopped checking her voicemail. She stopped seeing Sue. She sold her car. And the house, too.

She moved into Donna’s basement weeks after the funeral. She gave most of her belongings away; there wasn’t room for them in her daughter’s house. She’d watch soap operas on the box television in her bedroom through the afternoon and eat Werther’s Originals. She knew what Chester would say if he could.

“Lorraine,” he’d chuckle. “Look at yourself. You know what you look like, dear?”

And she’d play the fool and shake her head sheepishly.

“Oh, please, Lorraine.” He’d shake her arm, as if trying to wake her from a trance. “The soap operas. The caramels. Donna’s basement. Watching the kids on Saturday nights while Donna and Jon go to Bertuccci’s. Donating your stuff to the antique store in Point Pleasant. You look like you’re waiting to die, dear.”