My entire life, I’ve described myself using two words: Asian and Jewish. One word fits my physical identity (how the outside world perceives me) and the other fits my spiritual identity (how I see myself). The unique combination of these words shape who I am as an individual. I’ve recently thought about which word comes first—am I an Asian Jew or a Jewish Asian?

I was adopted from China when I was 14 months old by my parents and sister, who call themselves “classic Jews.” They’re short, white, and have curly brown hair (except for my dad who is super bald). I’ve never been bothered by the fact that my sister and I don’t look alike, but I am amused by how much it confuses people. When we were little, we played a game called “How Are We Related?” with strangers. They usually thought that we were friends or distant cousins, but they never guessed that we were sisters.

People often ask me when my parents sat down with me and told me I was adopted. The answer is never; my parents have always made the concept of adoption familiar to me. I would have to be completely oblivious if I didn’t notice that I’m Asian and my parents are not. I think this really speaks to the fact that my race is a much bigger factor in the way people view me than in the way I view myself.

My parents made an effort to introduce Chinese culture to me, through celebrating the Chinese New Year and taking me to festivals when I was little. They made it clear that they would always support me if I wanted to explore my culture, but I have never really been compelled to because internally, I don’t feel Chinese.

I’ve never thought about being Jewish, it’s just something I am. Shortly after my parents brought me home, I went to the mikvah and was converted to Judaism. I grew up attending preschool at my synagogue, completed religious school from kindergarten to eighth grade, had a bat mitzvah, and now work as a madrichah, teaching third graders how to read Hebrew. I also joined BBYO in eighth grade, which really helped me discover my Jewish identity more than I ever had before.

My name is Emma Yang Rosman, which is a weird combination of names, but it somehow perfectly represents who I am. Emma is a tribute to my maternal great grandfather, Eli. My middle name is Yang, which was the Chinese name that I was given at the orphanage where I lived for the first year of my life. My parents chose to keep it as my middle name so I could keep a part of my Chinese identity. My last name is Rosman, which has the stereotypical Jewish -man ending. For a long time, I was not proud of my name. I was self-conscious about my initials, and I didn’t tell people my middle name when they asked.

On my first day of middle school, my math teacher marked me absent. Instead of apologizing, her excuse was that my name didn’t match my face. In my first month of high school, I told my gym teacher that I would be out for a couple days for Rosh Hashanah and Yom Kippur. He chuckled and responded with, “I guess you can never tell these days.” While I don’t think my teachers had prejudiced intentions, I view these comments as pure ignorance. My teachers didn’t understand that I could be both Asian and Jewish because they had never met anyone like me or considered the fact that people like me exist. I believe this goes to show that some people do not try to understand other people’s background, especially when it’s not like their own. There are things we can do about this, like educate ourselves about other people’s cultures, or even just think twice before we talk about things we may not know as much about.

Externally being Asian is a huge part of me, but internally being Jewish is a bigger part of me. The way I am viewed by other people affects me greatly, but as cheesy as it sounds, I have always believed that it is what’s inside that really counts. Despite all the ignorant comments I get from strangers and weird looks when people figure out I’m both Asian and Jewish, I am so incredibly proud to call myself an Asian Jew. I can’t imagine being anything else, and reflecting on my differences has made me more tolerant, educated, and open-minded.

This piece was originally published on BBYO. 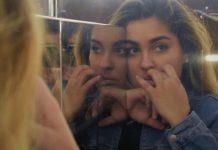 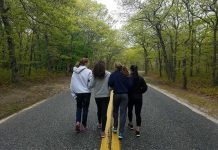 Why I Am Jewish