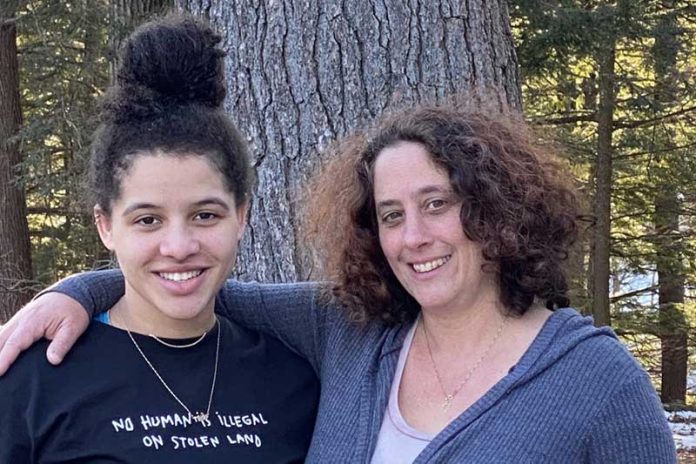 Listen to an excerpt of Makeda and Rebecca’s conversation:

Rebecca: I grew up in Bangor, Me., and attended an Orthodox shul. My parents owned a kosher restaurant from the time I was 7 until after I graduated college. My childhood is full of memories of Shabbat dinner, shul—women in the balcony, men downstairs—waiting for the smells of kiddush during Shabbat morning service as a signal it was almost over. Watching my mother light candles Friday night.

I do think there’s something about having your own duty that can empower you. Knowing that it’s a woman’s job to light candles—although men can light the candles—but it’s kind of a tradition that women do it. Even though certain duties can set women into a box, those responsibilities can also empower us to think of it as our gift to the world, to make a home happy.

Makeda: I have struggled with empowerment in Judaism, especially when I was younger. People were always so curious about how I could be a person of color and also be Jewish. I used to try to explain my background, but that only caused the questions to escalate. If I was to say both of my parents were Jewish, not mentioning that my father, who is Jamaican, converted, they would follow up with “were you adopted?” That question was the most painful to hear—it sets me apart from the typical group of Jews because of the color of my skin.

When I attended a Chabad-affiliated sleepaway camp, I found myself choosing to wear skirts and long sleeve shirts, as if that would overshadow the color of my skin and help me blend in. I don’t find myself doing this anymore, now that I have come to the understanding that I cannot control how others perceive me. jGirls+ has also made me more confident because it is the first time I have ever been with so many Jewish girls and not felt set apart. There is so much diversity on the editorial board.

I went to Israel during the summer of 2018, traveling alone and staying with a friend I had met during a pre-college program at Brandeis. My friend is an Ethiopian Jew, so I had the beautiful experience of staying with a family that encountered similar problems that I have as a Jew of color.

What is something you wish you could have told me, but never had the chance? Is there a question I never asked you that you wish I had?

Rebecca: I wish I could have prepared you more for having to navigate two worlds—of being black and Jewish—at a time when a lot of kids are figuring out who they are. And I think I learned with you. I learned that my children were not automatically considered Jewish when they walked into a shul or bris, or when they were in casual conversation with another Jewish kid on a school bus. I learned that they would be forced to prove their Judaism, at the bris to a rabbi who assumed my child didn’t know what a bris was. On a school bus, having to prove Judaism by naming a Jewish holiday. These stories chipped away at me.

And there are beautiful stories as well. When an elderly Jewish woman connected with you, and when she found out you were Jewish, she said, “I knew it!”

Makeda: I wish you had asked more often if I was doing O.K. my junior year of high school. I feel like sometimes, when you seem stable in who you are and always seem prepared and organized, people assume you’re always O.K. Junior year, I wasn’t O.K. Academics have always been important, which at times can be a blessing, but also a curse. Junior year, I found myself trying to juggle way too many activities—being president of the Black Student Union, running for student council, plus making sure my grades were up to the standards of what colleges were expecting. The pressure and stress affected me more than I ever thought they would. 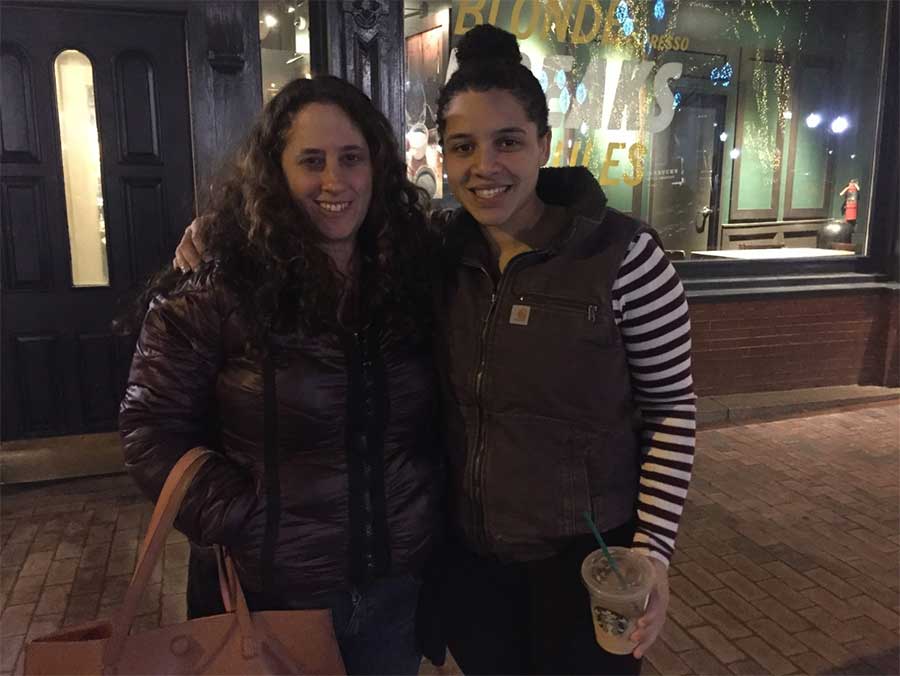 When I was younger, I was incredibly shy. As a teenager, you’re much more ready to take on challenges and risks. You are not scared of an intense conversation, nor are you scared of taking on a new project or making a complex and difficult change in your life.

Makeda: You and I tend to be the leader of groups. If we see that a group needs someone to take charge, we are the first to step up. You have taught me that what’s important is how you share the power that comes with being a leader. I have used this course of leadership and have adapted it to how I lead the Black Student Union.

I think we both have a good sense of humor and are rarely in a bad mood. I think that sometimes I can be a little more open-minded than you, but that’s because we are from different generations.