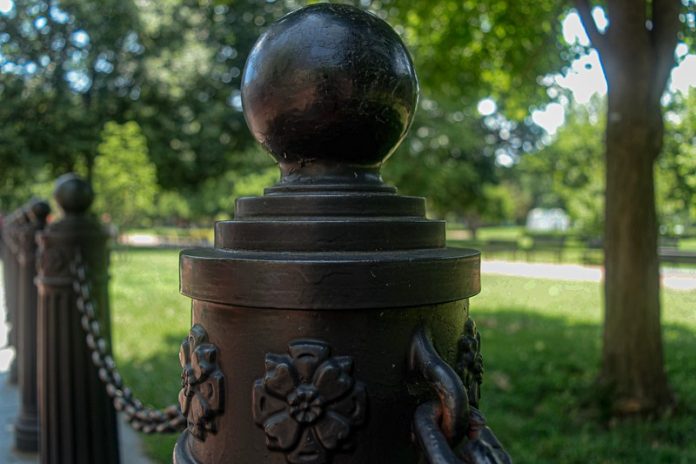 Honeysuckle, she thought, it always comes back to honeysuckle.

The sunlight was fading, finally bringing some solace from the stifling heat of the party, but Katherine found the company to be far more oppressive. Escaping their subtle stares and the unceasing whispers that had been following her since the minute she walked into the garden, she wandered past the almost-ripe grapes she had played near as a child. They were nearly the perfect shade of violet, which she knew after years of picking and eating the sour fruit. Maybe it was the distance from the party or the cooling temperature, but Katherine finally felt like she could breathe again. Just as she was finally out of reach, she smelled it.

It was the plant that had sweetened her childhood as she would play amongst the rows of bushes in her backyard, running and sucking the sugary juice off of the buds until she swore she wasn’t hungry for dinner. It was the perfume that sung in the background of her first kiss with Everett Turner, after a long summer of stolen glances and early morning fishing trips that were an excuse to lay in each others’ arms at the bottom of his mildewy boat. Honeysuckle had always been the hallmark of her happiest moments, and even when it seemed that the tears would never stop after her father’s funeral, the sweet smell calmed her.

Once the honeysuckle was removed, cut down in favor of a wrought-iron fence, those sunny days disappeared as well. The ever-present fragrance became ever-present whispers; Katherine, who used to waltz down the streets surrounded by laughter, could no longer leave the house without murmurs of her family turmoil following her. Her father was killed in an automobile accident, and without his work, her family had no money to support it. Six months after his death, her mother wed again, this time to an older man with even older money. Since then, talk began to spread through her town of the disrespect of the Brooks family to their former patriarch. Katherine received the worst of it in far-flung accusations as to the real reason behind her father’s passing and conversations with her friends in which off-hand comments were made about the kind of qualities Katherine valued in a man. After a certain point, she couldn’t stand to live surrounded by scrutiny and left her sleepy Southern town.

She was educated a few hundred miles from home, but to her, it was another world from her community. She followed in her father’s footsteps, studying business, for she never wanted to become reliant on a loveless marriage for financial support. After four years, she graduated with honors, and she reluctantly returned to her small community where the rumors never relented. Katherine had been dreading her return and wanted to avoid the high-society parties where she would be looked at as damaged goods. Her mother understood but still decided to celebrate her daughter’s return. Katherine knew that most in attendance only came because it would provide fodder for their gossip, and she could barely stand to be around their hypocrisy.

Pausing in her walk among the honeysuckle bushes to drink in the sweet nectar the way she had done as a child, Katherine noticed how the plant grew in the same spot it did years ago. Rifling through the leaves, she discovered what provided the structure for the bushes: the wrought-iron fence intended to replace their sweet buds. While she dreaded the walk back to the party, Katherine couldn’t help but laugh at the resilience of her favorite plant. Taking a deep breath and smoothing out her dress, she began her return to the muggy garden, this time filled with a secret joy. Honeysuckle, she thought, it always comes back to honeysuckle.