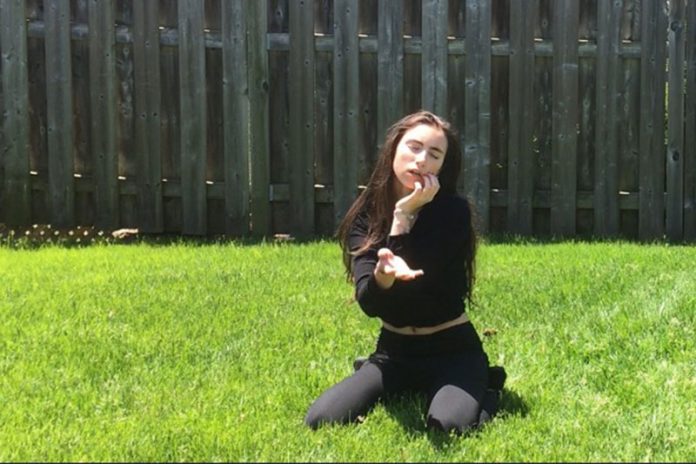 Pictured above is a still from Lucy’s dance. You can watch the video of her dancing here.

Dance is a raw and visceral art form. You can bare your soul to your audience and speak words that no language can convey. Each piece tells a story.

When I dance, I put heart and emotion into my movements. Every feeling becomes an action, and every action describes that feeling to the audience. When I dance, I reveal myself to my audience in a way I do not reveal myself to even my closest friends. It’s cathartic, therapeutic. It helps me work out my frustration, pain, and anger. When I portray an emotion, my dance style changes completely to reflect that. I use a variety of styles, but they are mainly a sort of ballet-inspired lyrical style, hip hop, and a jazzy style. When portraying emotions such as love or sadness, or subtle emotions like content or confusion, I like to use ballet-inspired style. I have found fluid movements and long stretches in a slower tempo can show the audience inner turmoil. When portraying anger or rage or wrath, I like to use hip hop. The movements are usually sharper, more confrontational. The isolations and body rolls give the effect of muscles flexing and tensing, your jaw being clenched. When doing happier things, or sometimes more morbid things, I like to use a jazzy style. I don’t use it often, but when I do, it usually is to make a farce of something. Big, over-large movements and an over-the-top smile can convey a feeling of lunacy or intense happiness better than anything else can.

Very recently, I have been choreographing to the song “Mind Is a Prison” by Alec Benjamin. The lyrics are raw and emotional. They speak to being trapped within your own head, called crazy because people don’t understand your feelings. The very beginning of the song compares your body to an apartment you rent. It isn’t yours, just something you inhabit temporarily. I use the ballet-inspired lyrical style for this piece, because the sharp movements are in stark contrast to the fluid and languid movements in the majority of the piece. It makes the effect stronger. Think of it like, if you constantly have nails poking at your skin everywhere, all the time, you aren’t going to individually notice one nail that much. But, if you are rarely poked by a nail, the one or two times you are? Those are going to be much more noticeable. It’s the same with my movements. I begin with quick and staccato movements to match the beat. After a few moments, the rhythm becomes more legato, and my movements become more fluid. I clutch my head, roll it, before flinging my arms outward. I try to make my movements reflect the strange calm desperation the lyrics describe. I make a sort of wandering movement, searching and reaching. It’s difficult to put into words the way I move, because my movements are my words. A twist, a spin, grasping my hair, wringing my hands, stumbling steps, a silent scream. One movement right after the other, no time to stop and breathe. A heaving chest can tell a different story than a still one. It’s difficult to portray the sense of hopeful hopelessness this song conveys, but I try my best. Fall to the floor, lower your head, struggle to your feet. Spin, twist, raise your arms to the sky. Quick and sharp movements, then slow and fluid. Contradict yourself at every turn. Jump, kick, body roll, backward somersault and land on your feet, all in quick succession. My intent is to create a sense of chaos, the same as someone’s mind may seem. Back on my knees, slam my fists into invisible walls, then slam them on the floor, another silent scream, drag myself across the floor. My movements lose their grace and become more animalistic, more desperate. It’s a word I have used a lot, and for good reason. This song is about desperation for an escape from your own mind. This dance is about desperation for an escape from reality. This art form? For me, this is that escape. 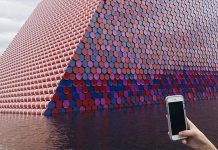 The Separation of Oil and Water 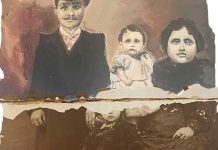