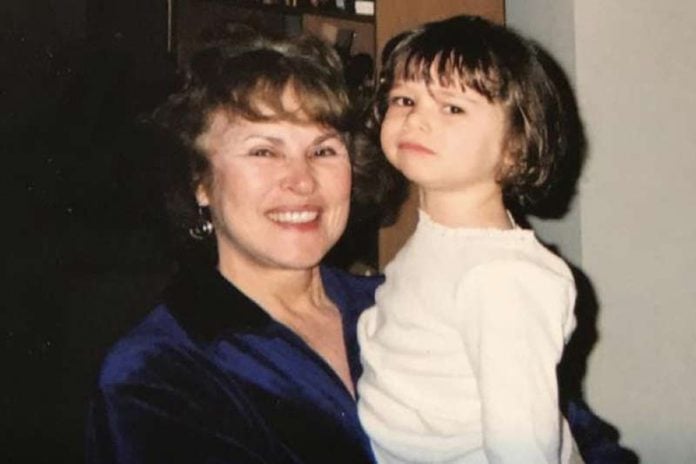 My grandmother is one of the most powerful women I know. I’m not just saying that because she’s my grandma, even though she’s one of my favorite people in the world. My grandmother’s name is Rebecca Lubetkin, and she’s an important American feminist. As a professor at Rutgers University, she was a key leader in the second-wave feminism movement starting in the 1970s, bringing the principles of feminism into the field of education.

When I look at my life, I realize that I sometimes take things for granted because I was not present when an important change that occurred that has impacted me. I had one of these moments when I learned from my grandmother that, until the feminist movement, women were not admitted to many selective colleges like those in the Ivy League. Girls were educated to be supportive, not to lead, and were trained mostly for low-paying, low-skilled jobs.

When my grandmother was growing up, New York City had gender-segregated vocational high schools based on stereotypes of job appropriateness. I learned that home economics and shop were restricted by gender, and that there was little crossing of that boundary. It’s odd for me to imagine it now, though I realize that I’ve encountered similar issues in my own life.

When I was a second grader at a well-known day camp, there was an activity that only boys’ bunks were assigned; they made cars out of wood. This made me furious: I wanted to have the same opportunities as my male peers and my younger brother. I raised this issue at the age of eight, but it seemed as though I was the only person who actually cared.

Even while I was just a kid in love with Polly Pockets and Calico Critters, I was able to recognize inequality when I saw it. I understood the strides that activists like my grandmother made toward equality in so many parts of my life; yet, there still remain indicators of the system they were fighting, including a camp activity with its restrictions: “boys only.”

Before I sat down with my grandmother recently, I watched her video on Veteran Feminists of America. I was surprised to learn that she did not see the need for feminism until she read Black Like Me by John Howard Griffin in 1970. The book changed her life: she realized that sexism, like racism, is not just personal. It’s also social, cultural and political, beyond one’s individual circumstances. This book helped her oppose the sexism that she had not been aware of.

My grandma graduated from Barnard College in 1960. At Barnard, she was able to pursue any major, and did not have to question whether specific fields were appropriate for a woman. After college, she completed graduate work in political science, and she started her first job as an instructor in political science at Rutgers. She left employment after marriage to raise her two children, as was common in the 1960s.

While she was a full-time stay-at-home mom, she joined a consciousness-raising group with members from diverse backgrounds. She joined the National Organization for Women in 1971, and became aware of how much sexism there was all around her, including in her daughters’ academic and recreational activities. She wanted to make sure that her children’s future education would be fair and equitable.

With that purpose in mind, my grandmother developed workshops for educators focused on making the improvements that were needed, both in hiring and promotion, and in school and classroom practices. At the same time, she helped to draft, and advocated for, a new law, Equality in Educational Programs, that became part of New Jersey Title 6. The New Jersey State Department of Education hired her to develop training for all educators in the state, which was required by the new law.

Rebecca Lubetkin, an individual activist, was able to influence her whole state. Almost immediately, all courses became open to all students, tests and texts were changed, and the state experienced an enormous increase in the number of sports teams available to girls. When her children were seven and eight years old, Rutgers University sought her out, hired her as a professor, and, for the next 25 years, she directed its Consortium for Educational Equity, conducting such programs for the entire country.

Talking to my grandmother dramatically changed my perspective. It was shocking to me to learn that women were traditionally prepared for homemaking and low-paying jobs and men for leadership and high-paying careers. As part of feminism’s second-wave, my grandmother has genuinely transformed society, giving young people opportunities that have revolutionized education and, as a result, the workplace.

My grandmother, my mom, and I attended the Women’s March during the Trump administration. In early 2017, my grandma remarked that the gains of feminism were at risk. This administration regarded feminist achievements of the last 50 years as a threat: reproductive rights, equality in the workplace, protection from sexual harassment. Through my grandmother’s example, I am eager to be part of the effort to recover the rights and practices that have been under attack, and to forge ahead to secure new ones, principally through adding the Equal Rights Amendment to the Constitution.

This post was originally published in Jewish Women’s Archive. 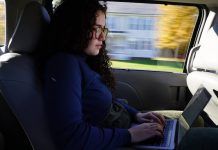 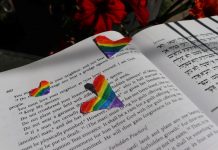 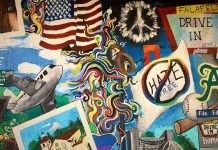