A strange orange light strikes my closed eyelids, and I let out a yawn as I pull my covers over my head, denying the fact that it’s already morning and Zoom classes start in 30 minutes. Reluctantly, I peer over the top of my comforter and force one eye open. A sharp pain shoots through my eye, and I burrow back beneath my sheets, but even under layers of blankets, the light is too bright to escape.

My room, along with the rest of our house, is tinted yellow like a 90s sitcom, and when I walk outside to figure out what in the world is going on, I discover that the sun has turned a vibrant red. It was in that moment I realized—WE’RE LIVING IN THE FREAKING APOCALYPSE!

The dystopian sky, however, did not come out of nowhere. Wildfires are raging through California, putting lives on the line as they destroy thousands of homes and millions of acres. In a sense, this isn’t unusual since California’s hot and dry climate makes the state especially prone to wildfires. When controlled, they’re vital to the forest’s natural cycle of growth and replenishment—dispersing seeds, nourishing the soil, and removing old underbrush. I always found it strangely interesting how something so destructive could be exactly what the forests needed to stay healthy. The problem is, the fires have become outright conflagrations, and the forests are far from healthy.

Finally, it’s raining! Or misting? Or snowing? Either way, I head outside, confused and excited, to take in the semi-rare occasion. But wait—there’s no water falling from the sky and there’s no rain clouds up above. Instead, ash is raining down from massive clouds of smoke, ominously consuming the sky in every direction.

My Dad checks the fire map of the area we’re staying in during our weeklong getaway in Sonoma County. Overnight, the plethora of active fires around us have moved in, and they’re traveling closer by the hour. Fifty miles away…30…10…5. Our plan was to stay another night, but we decide it’s safest to get going, even though no official evacuation orders have been made. So, we pack our bags and head out to the car, which is now blanketed by flecks of gray ash. Slightly bluer, yet still smoky, sky appears up ahead and the sun reveals itself in it’s fiery glow as we make our way back to the Bay Area.

It feels as if rising global temperatures and melting polar ice caps were the burning bush, a striking sign that something we were doing as a human race needed to change. We ignored the burning bush and God sent burning forests, a last warning signal that the damage to planet Earth would soon become irreversible and our negligent, CO2-emitting actions are coming back to bite us.

The fires are long gone and we can all breathe a big sigh of relief, right? The skies are blue, the air is healthy, and I’m getting ready to go on a bike ride with my friends. My biggest concern at the moment: shorts or pants, shorts or pants? I check my weather app and it’s 75 degrees, so shorts it is, I guess. As we pedal down the city streets, all we can seem to talk about is how ideal the weather is; how it’s the middle of January and there’s not a single cloud in sight! But not even a mile in, beads of sweat are dripping from under my helmet, running down my forehead to be swatted away by my eyelashes. Mark Twain is often quoted saying, “The coldest winter I ever spent was a summer in San Francisco.” Well, some hundred years later, the hottest summer I ever spent was a winter in San Jose (just about an hour South of San Francisco).

Don’t get me wrong, no one’s complaining about the shining sun and crystal clear skies, but there’s something alarming about these seemingly utopian conditions. So little rain now is only allowing forests to dry out, creating more kindling for the next fire season and setting us up for yet another round of catastrophic consequences, another season of glowing red suns.

So, you’re still not convinced climate change is that important? Come to California and see for yourself! It’s not a story, it’s a reality. It’s not on it’s way, it’s already here. And most importantly, it’s not one person’s responsibility to fix, it’s all of ours. The United States just rejoined the Paris Climate Agreement, taking one step toward a cleaner future. What step will you take? 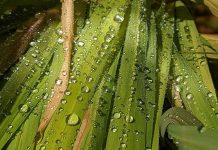 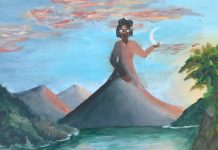