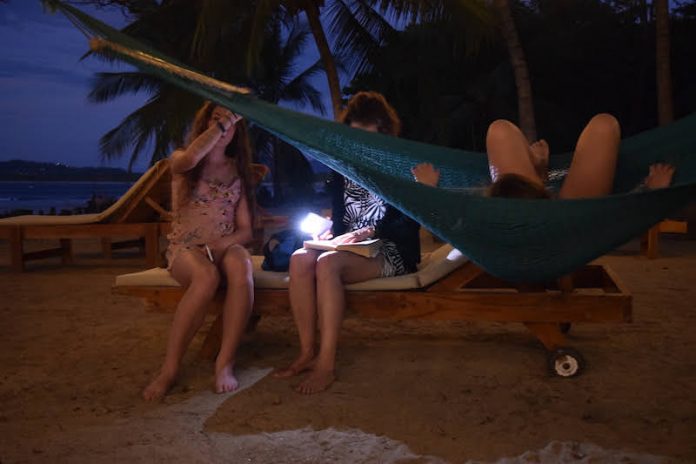 The early hours of July 24 found me lying on the floor of my bedroom, staring up at the ceiling fan and blasting music. The album in question was folklore, Taylor Swift’s 16-track eighth studio release, and a part of me was ashamed that I loved it so much. I’ve never been hesitant to broadcast my eclectic music recommendations, but something about this being Taylor Swift—the Taylor Swift—made me hesitant to share.

I never wanted to like the color pink, either. I’d ask specifically that no one buy me pink clothing, and I went out of my way in elementary school to never purchase fuchsia binders or coral notebooks. Sparkles and sequins (which I secretly loved) fell into a similar category. I’ve never been uncomfortable with my femininity, but I did not want to be associated with glitter or pink.

I don’t want to make any broad claims about a gendered society or a capitalist world, but I think it is clear that the color pink carries a lot more weight than, say, orange. In my head, pink is for girls, and blue is for boys. Implicit association. Some proof that this phenomenon is not limited to my own psyche: once, when I was a baby, my mother dressed me in blue. Strangers praised her “little boy.” “She’s a girl,” my mom told them. They did not believe her.

Internalized misogyny is loosely defined as when women subconsciously project sexist ideas onto other women and even themselves. My own internalized misogyny (which I only began acknowledging this summer) is the reason I associate pink with being delicate and fanciful. To put it explicitly, the connection my brain makes is pink=girls=weak.
Taylor Swift fell into the “Things Girls Like” category. She wrote songs about the boys who kissed her and broke her heart—things society deemed, in the hands of a female songwriter, shallow and unimportant. So I, a girl happy being a girl, refused to listen to her music. I’d claim to hate her when I only knew the bare minimum about her. I was completely taken in by the narrative of Taylor Swift that the media pushed: her songs are pop music with no heart, and she herself flits from man to man without a second thought.

Ms. Swift is absolutely known for writing songs centering on heteronormative romance. One of her older songs, “Better Than Revenge,” is a nice little example of slutshaming. However, Swift has showcased that personal growth is possible. Songs on folklore and evermore, her newest album, weave complex, emotional stories of women’s lives.

Miss Americana, Ms. Swift’s January 2020 Netflix documentary, had an enormous effect on my perception of her. I watched it this past summer, and it was the first time I saw Ms. Swift as a victim of vicious media portrayal and a sexist society. I will acknowledge that it is still a movie that crafts an image of an international celebrity, but it shattered my perception of her.

She is, undoubtedly, an incredibly talented songwriter. And she is not, despite what I believed for years, a weak and frivolous woman. She has, for over a decade, carved out a space for herself in an industry notoriously cruel to women. My attempts to “not be like other girls” and hate Taylor Swift were a product of sexism in the media and my own internalized misogyny. I didn’t even listen to her music—it’s almost laughable how much I hated her, and how little reason there was for that hatred.

After July, I fully immersed myself in the entire Taylor Swift discography. folklore is my favorite album of hers (I even listened to it throughout the writing process for this article), likely because it aligns most closely with my personal music taste. She has a ton of other good songs, though—songs that I did not listen to on account of being conditioned to hate her. I am not ashamed to be a Taylor Swift fan now, but the confrontation of my internalized misogyny did not happen overnight. I’m still working through random prejudices I barely knew I had.

Yes, Ms. Swift writes songs about love and dating, but what artist doesn’t? She has had to endure a tremendous amount of extra prying and hate because she is a woman in the industry. As a woman, it is my responsibility to uplift and support other women; we’re all dealing with the crush of the ever-present patriarchy. Not liking her music is not an excuse to hate her without cause.

Ms. Swift dropped a surprise sister album to folklore, titled evermore, on December 11. I stayed up until it was released, and listened to it all the way through while lying—you guessed it—on my bedroom floor. It is joyful to fall in love with music. When I listen to Ms. Swift’s music, I cannot help but hear echoes of both what she has endured and of what my perception of her once was. Her songs are not simply beautiful and evocative; they are to me a representation of my ongoing confrontation of internalized misogyny. 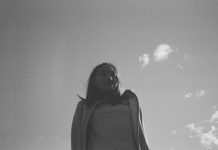