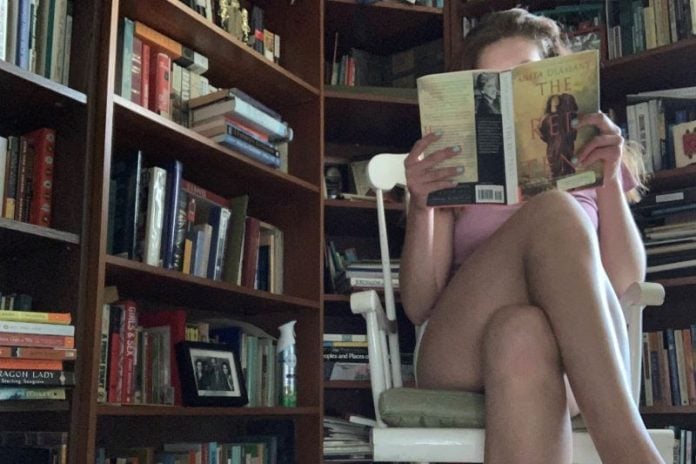 A reimagined, futuristic history of Henry Wadsworth Longfellow’s 1854 poem “The Jewish Cemetery at Newport” and Emma Lazarus’ responsive 1871 poem “In the Synagogue at Newport”.

For those who aren’t familiar with the original poems and their contexts, I suggest clicking the links and reading them first.

After the federal government destroyed the city of its own creation, the Capitol lay in ruins, smoldering. Its halls had been filled with congressmen coughing and infecting, cruel statues of Confederate soldiers and uncomfortable documents of corruption and decay. So the people, righteous and roaring with fury, had emptied it of such things. They filled the empty rotundas with flowers and community gardens and free child care.

But the Capitol had been bombed, crushed to rubble. Its most recent residents, protestors and activists, had not orchestrated its collapse. No, the ones who had called for the Capitol’s destruction had been the same as those who were its architects, those who had first occupied, corrupted, and constructed it. As the Capitol was no more, the rubble and marble became a monument to the fallen and to the free.

All other federal buildings had been condemned to the same fate as the Administration fled the city. The city’s true residents rebuilt what remained outside the capital’s radius, and the neighborhoods along the Anacostia river flourished and took new forms. They were garden growers, and they had found it much easier to flourish once the swamp creatures had been extricated. The center of the city, the Mall, remained, with its empty museum halls, as an echo of silence. They renamed the city New Columbia.

So the swamp builders took it upon themselves to bring about a new sort of capital city, a bastion for the so-called greatness that they’d come so close to actualizing. They fled the city that had never been truly theirs, and set about building a walled country for their own creed. They carved it out of the mountains, wanting a place that could keep everyone and anyone out. It lay in the midst of South Dakota, a mausoleum of sorts, empty and marked by monuments of killers.

Occasionally, members of the Greatness-Makers, as the architects of the isolated mountain fortress called themselves, went to the coasts to see what had become of the land that they had once considered theirs. Of its constituents, one asked to go to the city that had rejected him. He missed it, in a way. His name was William Longfellow, and he had enough of empty marble misfortune. Longfellow was a politician; a schemer, really. He had no place in this empty palace of polished gold and wanted nothing more than to have words to manipulate and people to push and pull.

So William Longfellow ventured South and East, carrying a Bible in his pocket and a rifle in his arms. He traversed states that had once been, finding crosses everywhere. They reassured him. He brought bullets into places that had once wept (for) them. He brought a notebook, too. He decided to write about his journey to a city he thought dead.

I ventured this way, crossing the invisible barrier between New Columbia and the now-dead capital district. I examined its skeleton, disappointed that there was nothing for me to salvage. I walked southeast, down a long road in the shadow of the ruptured capitol. To my right lay a fallen library, to my left a fallen church. The latter felt more comfortable to me, so I went toward it, entering through a bottom doorway that had, miraculously, not collapsed. As I squinted in the dust, I noticed to my right a small plastic sign reading Shalom Room. This confused me, for I’d noticed before entering the church that it bore signs indicating that it belonged to a Lutheran congregation. I frowned, continuing forth into the room and turning to a small closet to my left, its frame trembling and barely holding the ceiling up. I opened the closet, and fell down in shock at what lay inside.

The two doors of the closet opened to reveal a small, wooden ark with two doors bearing a painting of a tree and Hebrew lettering painted above. I searched my mind for the word to describe what I was seeing, a Tabernacle, I thought desperately, remembering faintly that I hadn’t encountered an Israelite for 10 or 20 years, that our party had sent them all away to the Holy Land, and that the rest surviving must have escaped or stubbornly refused to stay, before I stumbled upon the correct word, Torah.

A Torah! That’s what this must hold inside. Drawing back the curtains, my gaze landing on two scrolls wrapped up in silken coverings painted with cherry blossoms. In the days before our party had destroyed the inner city, cherry blossoms used to bloom without fail every spring. It seemed to me that these people, who’d placed their holy books in such a strange location, had been lost to time. Well, that and the bombs, I thought.

I left the building in the direction from which I’d come, and headed home, toward the mountains. I marvel at these strange people, these Hebrews, who’d hidden their holy place in the basement of a church building and somehow managed to save their holy scrolls from a fate they themselves had not avoided.

“Closed are the portals of their Synagogue,
No Psalms of David now the silence break,
No Rabbi reads the ancient Decalogue
In the grand dialect the Prophets spake.

Gone are the living, but the dead remain,
And not neglected; for a hand unseen,
Scattering its bounty, like a summer rain,
Still keeps their graves and their remembrance green.

How came they here? What burst of Christian hate,
What persecution, merciless and blind,
Drove o’er the sea—that desert desolate—
These Ishmaels and Hagars of mankind?

All their lives long, with the unleavened bread
And bitter herbs of exile and its fears,
The wasting famine of the heart they fed,
And slaked its thirst with marah of their tears.

But ah! what once has been shall be no more!
The groaning earth in travail and in pain
Brings forth its races, but does not restore,
And the dead nations never rise again.”

This account is a pitiful attempt to erase my family’s history. My ancestor, Gabriela Orozco, was a proud member of the Havurah that congregated beneath the Lutheran Church in Capitol Hill. My family and many others escaped the city before the Administration’s destruction was unleashed, seeking safety in other countries. Some of us left behind synagogues, my ancestors left behind their havurah; nevertheless, we remember the cities we once resided in, and we construct new synagogues wherever we stand.

Yet I am triumphant to know that the Torah my ancestors read from survived the city’s destruction. Our stories remain intact, and I am comforted by the knowledge that this artifact of my family’s practice is preserved. Amidst the ashes, our ark remains! Our scrolls survived, and so have we.

Still, Longfellow’s poem is erroneous in its assumption that we Jews are dead, banished or lost to history. We as a people are more than mere wanderers or refugees; we are story-keepers and steadfast believers. As Jewish tradition continues to persist in the midst of oppression and political upheaval, the stories of our peoplehood keep us triumphant in remembrance. Despite the bombs cast forth (by the poet’s own political party, I might add), my people’s congregation and ark remains holy. The congregation that lay in the shadow of the Capitol lives on in the memories of its people, and their descendants.

In response to Mr. Longfellow, I raise the author a line from my own poem, as a reminder:

Nonetheless the sacred shrine is holy yet,
With its lone floors where reverent feet once trod.
Take off your shoes as by the burning bush,
Before the mystery of death and God.

Emma Eleazar Orozco is a rabbi and a writer for Haaretz Mundial. She lives in Mexico City with her family. If you would like to contact the author of this opinion-editorial, please
contact her at EmmaEleazarOrozco@haartez.org. 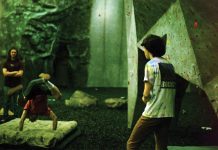 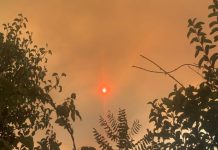 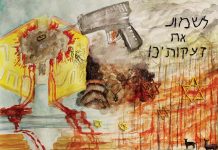