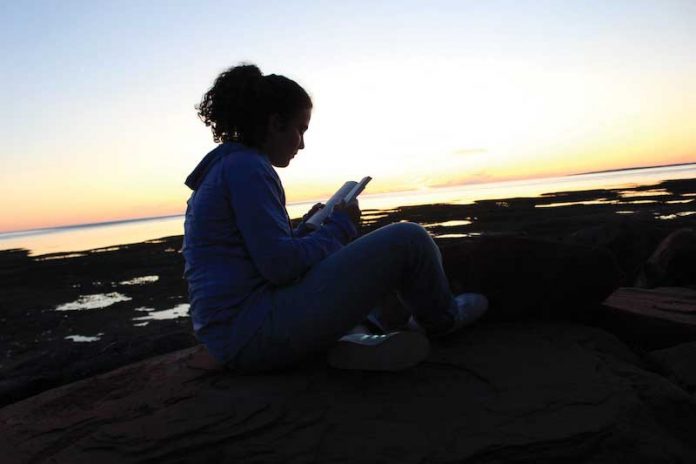 I moved in the middle of a global pandemic. That’s the story I’m going to tell my kids, grandkids, and so on when I’m older. I doubt that’s something you hear everyday. My name is Kennedy Maya Brown.

Because of my dad’s occupation, moving is not very new to me. In my lifetime, I’ve lived in five places, six houses (some apartments/condos), been to nine schools, and been a member of four synagogues. I have an inside joke that my 16-year life has been on a “two-six” scale. I was born in Hoboken, New Jersey, then moved to Herndon, Virginia, after two years; six years later we packed our bags and moved to Singapore (a city-state in Southeast Asia) for two years. We came back to the U.S. and lived in Rockville, Maryland, for another six years.

I value traveling very much. It is part of my identity. I want to go to more places across the world, but every time I move, I have to leave something or someone behind. This is the first time, when moving, that I truly felt the weight of it. Because I was 15 at the time, I had already established a good group of friends back at my school, my friends at shul, and my friends from the Jewish summer camp I went to for those six years. When somebody asks me “Where is your hometown?” I have no idea how to answer.

We moved to Orange County, California. Something really great about it is that my family members are very close by. Almost all of them are within a five-hour drive. COVID made things difficult, though. You have to be socially distant, you need to keep everybody safe, you need to wear masks.

I wanted to be the best I could be, I wanted to take stress off of my parents’ shoulders. I kept on putting more weight on myself.

When the time for school came around, I decided to take the International Baccalaureate (IB) diploma program. Even though I had plenty of credits for the year, I still had to take extra classes in order to fulfill the requirements for the program. I was taking five AP classes, one elective, and two other courses I truly didn’t need. One of those other courses was Spanish. I had already taken seven years of Mandarin Chinese. In the new school, my options were to do a self-study or to take another language because the school didn’t offer it. Because of my ADHD, I thought it would be better to take the Spanish class because I lack the ability to manage my own schedule very well.

I consider myself a very social person. It’s just been hard to make friends when there’s a global pandemic keeping you socially distant from other people. It’s also hard when you’re the new kid in town and everybody has their own cliques. Even harder when a bunch of those people have the potential to be obnoxious teenagers. I’m used to being the new kid, I just forgot what it felt like.

For the first time, I started an Instagram account, and I was able to reach some of the people I hadn’t heard from in a long time including one of my close friends from Singapore. I also decided to do something for myself. I enjoy making music using GarageBand and Apple loops. I created an Instagram for my music. And for the most part, I create my own cover art. This helps out my emotional health a bit, but I was still feeling pretty lonely. I still felt disconnected. I enjoy talking to people in person more than on the phone, rather than via text. But to me, that doesn’t really seem to be the way our generation works.

My grades plummeted. I was feeling very emotionally unstable. I had asked my parents to get me a therapist before, which they did, yet I never really felt that it helped all that much. What I wanted to do was to succeed. These bad grades put me in a horrible state. In addition to not feeling the connections I wanted to feel with my friends, I snapped. One night the stress got to me. I curled up in a ball and was laughing for what seemed to be no apparent reason. I ended up spending four and a half hours in the ER before I calmed down. It felt horrible. I’m not entirely sure what triggered it. I just felt so stressed.

That was my wake-up call. I dropped the IB Program. I wanted to do better. I didn’t want to mope around anymore. I just had to finish the semester. So that’s what I kept telling myself. I got a good therapist, medication, and lots of meetings with my school counselor and assistant principal. I had a 504 plan before, but now we came together and revised it to fit my new needs. I kept four out of five AP classes and my elective. I didn’t need a lower-level class, that’s what my teachers were telling me. I just needed fewer classes.

About a month into the second semester, I actually feel right. None of this was my fault. It was a bunch of things out of my control. I also bit off more than I could chew. I’m still working through everything, because there’s a lot. I “grew up” faster than I’m supposed to thanks to the experiences I’ve had. I wouldn’t do anything I already did differently. Even if that means going through that bad place in my head. Because I know I can get through it. Now that I have the support I need. 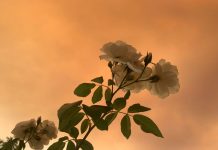 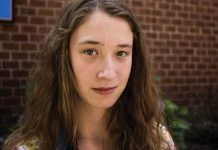 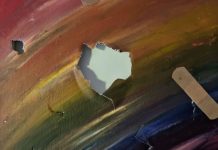 Cracks in the Pavement