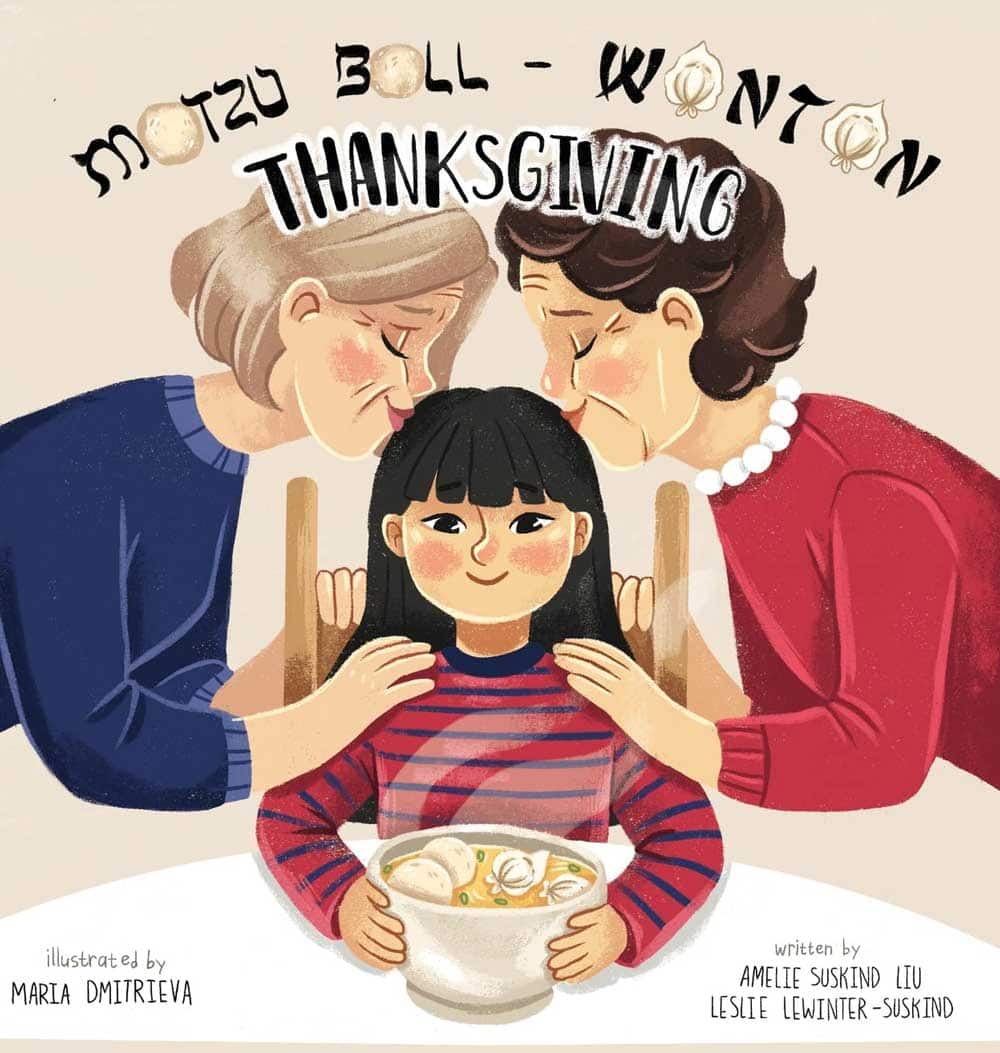 Thanks for speaking with New Voices Magazine. Tell us a little about who you are and your new book, “Matzo Ball-Wonton Thanksgiving.”

Thank you for interviewing me! My name is Amelie Liu, and I’m a 16-year old Chinese-Jewish teen from Chicago. I have a lot of interests, such as Model UN and photography, but most recently, I’ve been focusing on writing. Specifically, I’ve published my first children’s book, Matzo Ball-Wonton Thanksgiving, which is a story about a younger version of myself! Little Amelie and her family are preparing for Thanksgiving, when her Bubbe and Nai Nai decide to make some changes to the holiday’s dinner menu. Amelie is not happy about these choices because they aren’t included in the Thanksgiving dinner she learned about from school. But, as the book progresses, she learns the importance of celebrating her cultures alongside the beloved holiday.

What inspired you to write this story as a children’s book?

During quarantine, I started to think a lot about my identity as a Chinese-Jewish teen. As I was reflecting on my childhood growing up multicultural, I realized that I never saw characters that looked like me in books and media. I wanted to change that, for the kids like me who are multicultural, and specifically, in terms of Thanksgiving, I wanted multicultural kids to feel included in the traditional American holiday. It’s important to me that children are proud of their identities and are taught that all cultures and traditions should be celebrated, and the simplest – and yummiest! – way to communicate this to them was to look at the food on the Thanksgiving dinner table.

As a Jewish community, it feels like we’re at an inflection point for creating a more expansive dialogue about how many different ways there are to be a Jew. Do you see your book as contributing to that conversation?

Definitely! I see the book as a starting point for recognizing the many different physical forms Judaism can take, whether it be a Chinese-Jew like myself, or someone who is 100% Sephardic Jew. I hope this book begins to foster a more inclusive and more progressive environment within the Jewish community, where all kinds of Jews feel welcome in the community.

Why do stories about interfaith and multicultural Jewish families matter, especially around the holidays?

I think they matter for many different reasons. For one, I never felt that my multicultural identity was represented in the media, so I felt different, and simultaneously like I wasn’t supposed to feel different. Especially around the holidays, particularly Thanksgiving (a quintessentially American holiday), it’s important to share stories like this because multicultural people need to understand that they’re an integral part of not just Jewish community, but America.

The proceeds from your book sales are going to National Alliance for Children’s Grief, a nonprofit organization that focuses on supporting bereaved children and raising awareness about children’s grief. Why did you choose this organization?

The NACG – and its mission to support bereaved children – is really important to me. When I was seven-years old, my father died while saving two drowning boys in Lake Michigan. Since then, I’ve come to address my grief and have realized that grieving as an adolescent is an incredibly hard experience. The NACG wants to raise awareness around children’s grief with the intention of building up resources for mourning kids, helping them communicate their needs and process their loss.

This book is a balm in a world of monocultural Jewish children’s literature; the scarcity of stories like this one speaks volumes. What would it look like for Jewish institutions and communities to better celebrate multicultural Jews like the main character of your book and her family?

It would mean intertwining the importance of Judaism with the importance of recognizing intersectionality during services and Jewish day-school classes. It would mean getting rid of the idea of what a Jew should look like and realizing that Judaism takes many forms. And, it would mean not being surprised to see books like Matzo Ball-Wonton Thanksgiving being shared in Jewish institutions and communities.

Are there other works, whether books, songs, or other media, that inspired you in this project that you would recommend?

The children’s book Eyes That Kiss in the Corners by Joanna Ho inspired me while writing Matzo Ball-Wonton Thanksgiving, because I learned how to communicate a critical message in a form that would resonate with and speak to children. I also pulled from stories I heard as a child from my Bubbe, about her travels across the world.

This piece is a collaboration with New Voices Magazine.