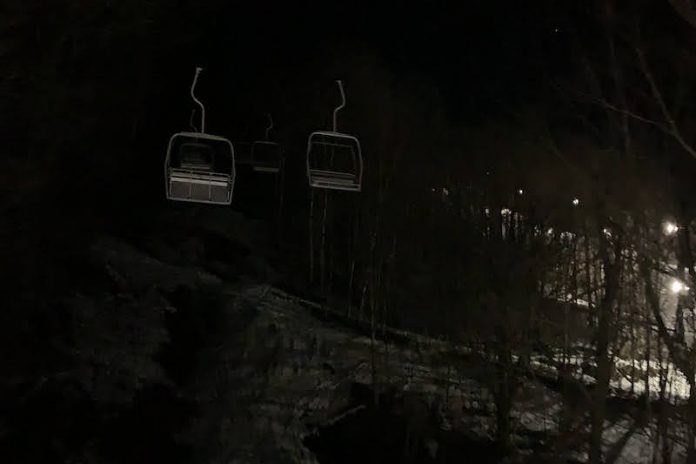 The sliver of light was nearly concealed by the curtain of clouds. The moon wasn’t somber or jovial, it was indifferent. It stood placidly, timidly, idly behind the surface of the darkened sky, dimmed and at a focal point between the sector of the setting sun and the promise of its rise on the next day.

I wasn’t indifferent, though. I was overflowing with emotion. Every bit of me felt heavy with feeling, every sense was heightened, and how could it not be? The swollen chorus screeched from the side, enveloping and swathing me, all the while keeping me out. I still haven’t gotten to know many of these voices, and could only relate to them as such: containers of sound. As the sky changed color, they continued to whistle with the Shabbaton in full swing around them.

How could I break through the thin slip of membrane, one that felt impossible to cut? I was a perpetual Outsider. My voice, although rumbling at the bottom of my chest, could not be released from these prisoned lungs. I could not speak, so I just sat. I stood. I walked. But my voice carried no weight. I could almost see it dissipate into the atmosphere every time I released a breath. But I wanted to be a part of it. So badly. So why couldn’t I be?

I walked amongst open graves. I was shuddering as I did so. Not because I was cold or scared of the darkness, but because the fear of being Alone gripped me. I knew Eli felt the same way because of how she walked and floated through the city. The streets carried us both but at opposite ends, we were lilting through the air, like hushed little sounds encased in a forgotten memory.

The echo of her softness was lost on me. We used to love each other, and all that was left of the feeling was a growing ache in my heart. I wanted to approach her, but I was scared of disrupting the silence. I could not speak, and she was no longer mine, but how I loved her at that moment!

I took to watching Eli instead; an intense dark figure swiveling through the streets, picking up and flying. She looked as angry as the vividly colored blue houses and the empty night.

The open graves glowed under the flashlights; Tzfat was dead, so was the night. So was a part of me and her. We were taken down the stairs of the cemetery. Someone in the background said that this exposure to mortality was humbling.

I think I silently agreed. With a morbid fascination, I stared at the graves, looked past them, as if there was anything to see beyond Death and Decay except for, perhaps, a lesson. I needed to feel the gripping roots of the End. I took the cemetery as a confrontation of my mortality. At that moment, all I had left to me was the promise of Life and the implication of Death. I had to be swallowed whole by its overpowering glory, but the smell of Death was too potent, and I was blinded by my fears.

From the corner of my eye, I saw her move behind me. Far behind me. She laid down on the ground, nothing but rubble and gravel below her. She surrendered herself too, fully. I wanted to lay down but I feared her reaction. I didn’t want her to think that I was doing it for her, that I was existing for her, and sitting for her.

The decision weighed over me, over the sunken clouds, over the leaves and the moon, I had to do it. A few moments of discomfort would be nothing compared to the regret of not laying down under the stars, coated with the wind, gazing, glancing through the veil that separated me and the Divine Glory. I had to do it. So I did.

As the voices kept murmuring in the background, I was aware of the stars. I dared to be seen just as they were. I wrote in my journal, the only light that guided me came from the stars, otherwise, I sat in silence, in solace, but not in solitude. Oh, how I craved to be alone!

I didn’t see what I wrote. I was glad not to. I didn’t want to see it. If I had, I might have been tempted to censor myself, to not write what I thought– but with the flood of emotions and thoughts, my hand could do nothing but comply, and I saw nothing.

I was aware of her eyes on me. But when I looked back, she was staring at the sky. I wondered if my presence offended her. It must have, for she was unmoving.

Time was up; a screech in the air. It was time to do selichot, repentance before the High Holidays. The night somehow seemed darker. We walked under an awning, sat around tables with prayer books, and started.

At one point, they started singing. I had to leave. I had to write some more in my journal, in the darkness. I wondered where she was. I found her sitting on the ground writing as well. She hadn’t moved. She was constant. She was still.

I pretended not to notice her. When I looked back at everyone else as they continued singing, they looked like distilled flames: miserable and purposeless. I kept walking.

I sat alone on a rock. I was in her direct eyesight. I sat there writing, thinking about going deeper, past any point of fear or dizzying loneliness. There was a large grave ahead of me. All I had to do was walk to it, walk into it, feel Death’s tightening and cold grip over my neck. It beckoned me. It was the most mystifying and compelling sight I’d ever seen. I needed to lie down in the cemetery, stargaze and write from inside the womb. I needed to be taken back to the beginning of all life.

I was human again. The fear was shaking and chaining. I felt the clasps of something grab at my thin blouse, almost a warning of “I beg you, do not come forward” and “please, come deeper.”

With each step that I took, I was afraid. I couldn’t stay. I looked at the grave in fear that I would be sucked into it, that I’d be forced into this cold and dark place for eternity. I couldn’t see, but I’m sure at that moment my eyes shifted. Death was concealed but I forced myself into It anyway. I was not myself at all, that’s all I could think. I let go, but not fully. I let go enough to lose myself, but I could not lose the fear.

I ran back. The graves stopped their call. I didn’t lay down where I needed to, but it didn’t matter. The graves and I were a part of separate worlds. And in that moment, I was glad to be a part of mine. 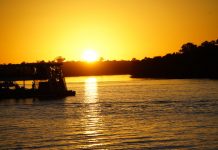 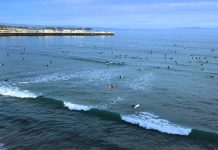 The Current and the Shark 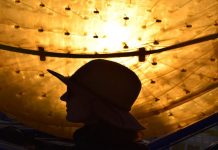 On Belonging and Unbelonging