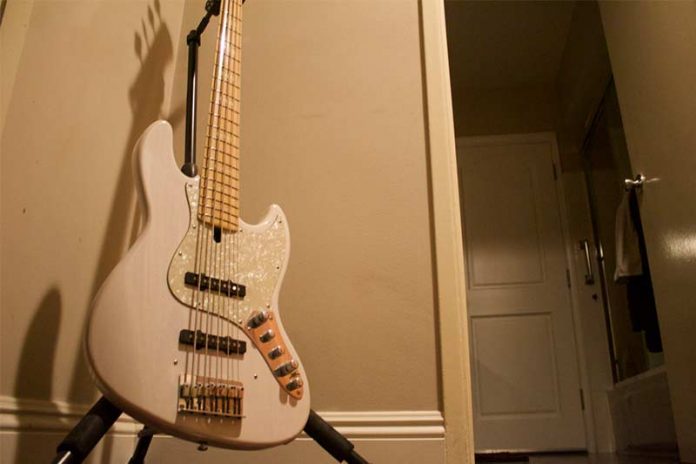 My dad is still in his Phish phase from high school. At least he’s consistent? And I, through the circumstances of my birth, have been in that phase with him. In preschool at the JCC in Manhattan, when my irritatingly overzealous teacher asked the class what our favorite songs were, I said “Backwards Down the Number Line” from Phish’s hit album Joy. When I was nine, my parents attended an auction for lead singer Trey Anastasio’s signed guitar. Needless to say, that guitar is now the centerpiece of our living room. I never really questioned how his Phish obsession came to be. It just was. That is until November 18th of 2020, walking home from our local vinyl store at sunset and admiring the pink and orange sky, when I ask my dad, “Why Phish?”

Entering our apartment building, my dad steps into our silver and gray elevator and presses the “16” button with his jacket sleeve. “When I was 12, I met Joe,” he said. My dad is from Philadelphia, born and raised, but unlike the Fresh Prince of Bel-Air, his local synagogue was where he spent most of his days—before he met Joe Radatti, that is. “Joe was from the gangster Italian-Catholic side of Philly. I was from the gangly, Jewish side,” he said.

Their friendship was star-crossed.

After hearing what he says next, hooked might be an understatement:

“To me,” he explains while unpacking our vinyl from a brown paper bag, “Phish is a religion. When I went with my friends in college to all these righteous Phish concerts, it was a religious experience.” His use of ’80s terminology is entertaining. Regardless of whether these religious experiences were induced by hardcore psychedelics or the music itself, Phish has been a way of living for him, something which confuses me as this is a band that he listened to as a 16-year-old growing Mary Jane in his closet. Although I had been conditioned to be a Phishhead against my will since birth, I still didn’t understand why the band had such a strong hold on him.

“But why?” I ask him, ripping off the plastic wrap from the records he displayed on the coffee table, “What makes Phish so special?”

If only I knew what I got myself into.

For the next two hours, he talks about Phish and doesn’t stop once, pausing only long enough to breathe. I look up at my dad’s face. His eyes are filled with a dreamy excitement that I’ve never seen before. His cheeks are red, and I can feel his heart beating fast in his chest. He talks about everything from the lyrics’ nuances to how they use the combination of piano, drums, guitar, and bass to tell a story. His excitement is contagious, so I ask him more questions.

“They’ve mastered the musical composition in a totally radical way.”

Seriously, could this man get any more ’80s?

“It’s hard to explain in words. You just have to listen.”

My dad has always been this way, communicating most comfortably through music. I’m like that too, which, I realize as we are speaking, I inherited from him.

My dad loved the music so much he wanted to be a musician himself. I internally chuckle at the image of Matthew Britton in a classic rock band. Clearly, that pursuit failed. He explains how Joe Radatti was such a die-hard Phish fanatic that he got the Phish logo tattooed on his leg.

“Never get a tattoo, especially about something you like at the time. An obsession can feel like it will last forever, but you will probably outgrow it. Joe’s an accountant now. I don’t even think he’s listened to Phish’s new album,” he says, with a drop of disdain.

However, my dad is living proof that a passion can last. He found out about Phish when he wasn’t even old enough to drive, and here I am, his now 16-year-old daughter, who grew up listening to him play Phish for me every night since I was brought home from the hospital. This band was a constant in his life. He named his company SUZY after their smash hit song, “Suzy Greenberg”— a much higher stakes decision than some ankle ink. Phish has been his lifelong companion and as I sit under that Trey Anastasio signed guitar, I wonder if I’ll have that lifelong passion too.

I look down at the newly purchased 2005 Revival of Gypsy vinyl on the coffee table beside me, and it is clear who the Trey Anastasio of my life is: Bernadette Peters. I first saw her in the 1989 pro-shot of Into the Woods as the Witch when I was seven, but it wasn’t until I saw her live in Hello Dolly! in 2016, walking down the stairs in that iconic red dress, that I realized someone could be that good at what they do. I would totally go to an auction for that dress if I could. Like Trey, Bernadette is the physical manifestation of my dreams.

Although I often poke fun at Phishheads (Matthew Britton in particular), as a musical theater lover, I really should not be talking. Musical theater, which had its heyday almost a hundred years ago and is worshipped by hormonal teenage girls, is just as mockable as a jam band whose fans are notorious for doing quaaludes in the parking lots of their concerts.

It turns out, my Dad and I are both people whose lives are fueled by our intense, nerdy passions. What I’ve learned from his Phish fervor is that it is not what we love, but that we love, fully and unabashedly, no matter what we choose to do with our lives. My dad didn’t end up being the next Trey Anastasio, but he was the first and probably the only human being to name his entire company after one song Trey wrote in the garage of his house in Vermont.

I have the blessing and curse of having an intense passion for the arts. A life that doesn’t involve performing sounds miserable to me, and yet, I can’t control the future. I have no idea if I’ll be the next Bernadette, thrusting myself into the bright lights of the Great White Way every night or visit my childhood bedroom 20 years from now, glancing with melancholy at Bernadette’s fading signature on my Hello Dolly! playbill lingering like Joe Radatti’s tattoo as I live my 9-to-5 job, wondering what could’ve been.

Although putting the latter onto paper is utterly frightening, what my dad has shown me is that the Brittons obsess hard over what we love. Regardless of what the future holds, I trust that my life will unfold in a way that I will never ever have to let go of what I love, and I can keep this sacred passion of mine with me wherever I go. 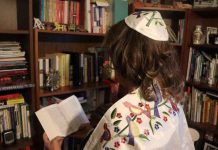 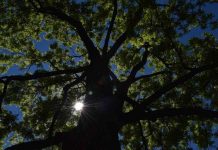