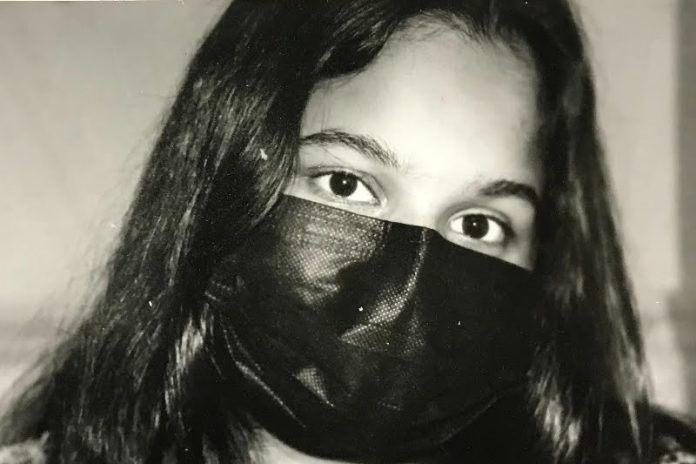 Despite the encroachment of puberty, adolescence is much more complicated than what can be seen with the naked eye, and that is especially true about my experience. At different times throughout history, and in different societies, the concept of being a teenager has been different than what is typically depicted in Western culture. As the daughter of two Jewish Mexican immigrants, and an American citizen, I myself belong to a melting pot of cultures. I am proud to have such a diverse makeup—derived from my Jewish heritage, my Hispanic identity, and my American nationality—but often such diversity can lead to confusion.

During this stage of “teenagehood,” I have seen that often my Latino, American, and Jewish Ashkenazi identity clashes in the eyes of other people, and even clashes in my own two eyes. Adolescence is characterized by what anthropologists refer to as “liminality,” or for better words, lack of clear definition. Liminality is the period in which a person is transitioning between two different states of being. This period of ambiguity, in which the state of a person’s being is open to more than one interpretation, is a characteristic of an individual who might not meet all of the requirements of personhood and therefore might not have full personhood within a society. I myself, from the ages of 12 to now, have been stuck in this limbo between two different states of being.

In some societies, individuals become adults when they undergo a rite of passage that marks their transition from childhood into adulthood. In Western culture that is a sweet 16, but in Mexican culture that is a quinceanera, not to mention, for Jewish people this rite of passage is a bat mitzvah. I always had the three cultures juggling in the back of my mind, never truly choosing one. That is until my mom gave me an ultimatum; I was to choose one celebration for my coming of age: a quinceanera, a sweet 16, or a bat mitzvah.

I felt isolated from each group of people. In Sunday school, I was not as eager to learn the Hebrew language as my peers, who dreamed of the day they would recite the Torah. In school, I sat listening to the intense conversations of young Hispanic girls planning their quinceanera, and at home I saw as we hung up decorations for my sister’s sweet 16. This was an uncomfortable and frustrating time in my life.

At almost 16, I can now give you the choice which I took in response to the dilemma…I chose to not do any event to mark my rite of passage at all, and instead chose to embrace my diversity.

Having the rite of passage of one culture over another, would mean having to choose the culture which I would most like to belong to. In other words, committing to only one part of myself would mean betraying the others. Such particularity among each separate celebration did not enable me to celebrate all three cohesively. Each culture has its own unique rite of passage, and many do not wish to stray from the norm. In effect, I decided to immerse myself in all three of my cultures. I continued to participate among all atmospheres, and refused to choose one over the other, as would have happened if I would have chosen a singular rite of passage. I chose to combine the different elements of myself, knitting different threads into one heterogeneous tapestry intertwining to represent the different aspects of myself. In not choosing, I chose to unapologetically keep on weaving the multifaceted tapestry of my being.

A rite of passage acknowledges an individual as being fully integrated in the framework of a particular culture, hence, marking their transition into full personhood. As I continue to grow through “teenagehood,” I am happy to know that I would never drop one ball, or culture, to catch another. My teenage years have not only challenged me to discover who I am through my own two eyes, but also who I am in accordance with those around me, and the three cultures to which I belong.