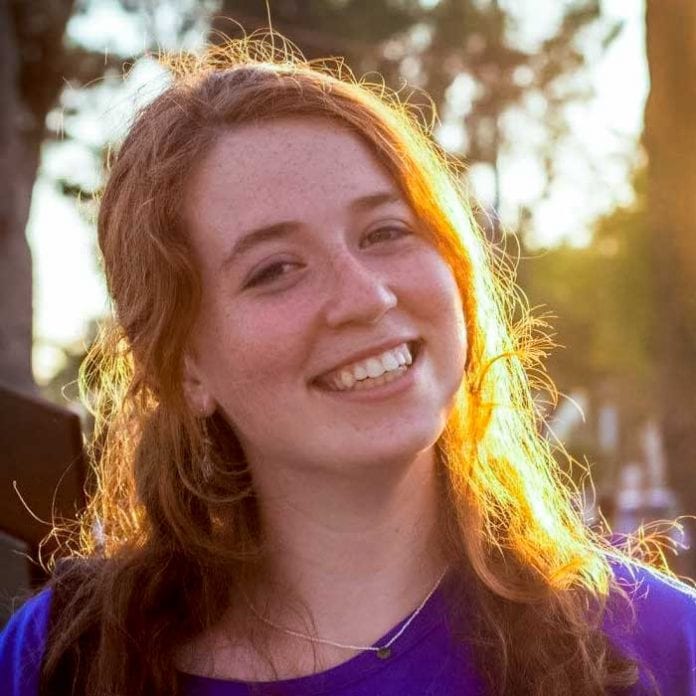 Ella Tav currently lives in Israel in Kibbutz Beit Yisrael, an urban kibbutz in Gilo, Jerusalem. She grew up in New York City and attended the elite public high school, The Beacon School, until she decided to move to Israel and explore the possibility of making aliyah (immigrating to Israel). While in high school, she worked as an assistant teacher in her synagogue’s Hebrew school and sang with the HaZamir International Jewish High School Choir (where she later served as a teen leader). She also participated in every program the Ma’yan Women’s Coalition has ever offered including their What Not to Wear: Bat Mitzvah Dress Code documentary-making series, That’s Not Fair political theater workshops, and the Research Training Internship (RTI). After graduating from RTI, Ella was selected to be one of three RTI alumni leaders in a pilot leadership training program. Ella has also served as a peer advisor to an independent teen minyan (prayer group) since its creation in 2014. After being involved in Young Judaea through summer camps and year-long programming for most of her life, Ella participated in a new leadership training seminar at Camp Tel Yehudah about informal education on Zionism and Jewish life for children ages of 8-18. She has previously been to Israel with the Nesiya Summer Institute. After graduating high school, Ella decided to participate in an entirely Israeli mechina (gap year) called Mechinat Beit Yisrael. The program, conducted entirely in Hebrew, was created to bring religious and secular Israeli teens together for their year between high school and army service to learn about civil service and intersectional Jewish life. Now Ella is making aliyah and serving in the Israeli Defense Forces while continuing to live in the Beit Yisrael community.

Back to Advisors
Get Involved